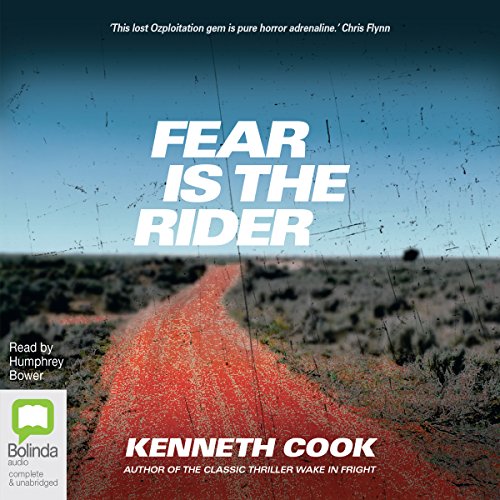 Fear Is the Rider

From the author of the classic novel Wake in Fright comes a chillingly brilliant short novel that's part Wolf Creek and part Duel. Fear Is the Rider is a nail-biting chase into the outback, towards the devil lurking at its centre.

It was quite silent in the scrub. No breeze stirred the leaves and no bird moved, except for the kite hawks wheeling silently, eternally, high in the hot air. She smelt her attacker before she saw him.

A heavy stench hit her with such force that she started with shock. It was a smell she'd never encountered before. Not man, not animal, something like carrion, but alive. It seemed to envelop and suffocate her, then became tangible as two arms wrapped around her body and began tearing at her clothing.

A young man driving from Sydney to Adelaide for work decides to take a short detour into the desert. He turns his hatchback on to a notoriously dangerous track that bisects uninhabited stone-covered flats. Out there, under the baking sun, people can die within hours.

He's not far along the road when a distraught young woman stumbles from the scrub and flags him down. A journalist from Sydney, she has just escaped the clutches of an inexplicable, terrifying creature. Now this desert-dwelling creature has her jeep. Her axe. And her scent....

What listeners say about Fear Is the Rider

Taut and gripping. It demands to be listened to in a single day.

I recently read the author's classic, Wake in Fright. This is similarly well written horror.