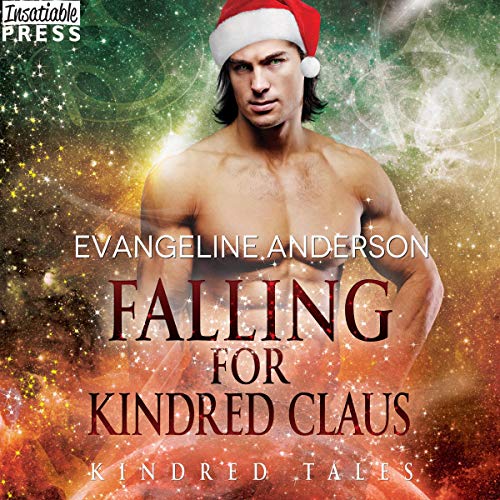 Can a case of mistaken identity end in true love?

A warrior who knows nothing about Christmas, forced to pay Santa...with disastrous results...

A girl running from her past, who lands in a dead-end job as Santa's Helper Elf. Can Lisa keep herself from falling for Kindred Claus?

It's a week before Christmas and Lisa James is stuck in a dead-end job, playing Santa's little Elf at the local mall. After fleeing her home to get away from an abusive drunk of a husband, she's trying to keep a low profile, so it's not exactly like she has her pick of career paths. Still, she can't help feeling like she's hit rock bottom...that is until the mysterious Kindred playing Santa at her mall shows up.

Asher is part of the Kindred Elite Espionage Corps. Sometimes he serves as an assassin, other times a diplomat, but he's never been Santa before. And he's not supposed to be now. When he mistakes Lisa for his contact and she mistakes him for the Kindred who is scheduled to be Old Saint Nick, two hours of confusion and peeing, puking kids are the result. After all, who ever heard of a seven-foot-tall Santa with fangs? The kids are scared, Asher is frustrated, and Lisa loses her job.

To make up for the confusion, Asher offers to take Lisa on his next diplomatic mission - a boring and safe affair where all they have to do is attend the coronation of an alien Potentate. But things go horribly wrong when there is an assassination attempt and Lisa and Asher are caught in the middle of it.

Will the two of them escape with their lives? Will Asher listen to his heart, which tells him Lisa is his fated mate? And will Lisa be able keep herself from...
Falling for Kindred Claus?

What listeners say about Falling for Kindred Claus