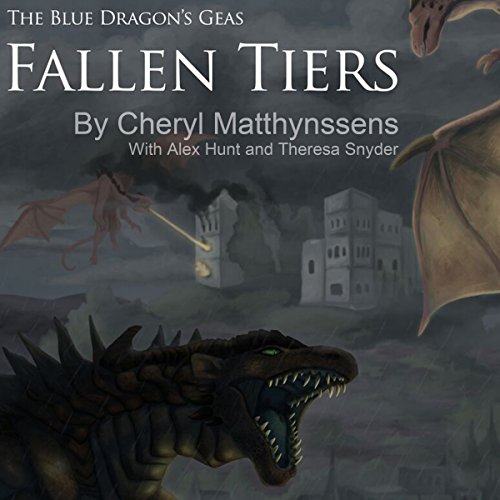 From the appearance of a mysterious egg to the onslaught of a vicious storm, Alador must now decide when to move against his Uncle. How will he protect Rena's egg? Can he save people from a storm of his own making, from the winter before? Can he really eliminate the well-entrenched High Minister, who also happens to be his uncle?

This last task must be done...or he will fail his Geas given by the Blue Dragon. Failure of a major geas only ends in death. Alador is fairly certain attempting to remove his uncle will also end in death.

Which death will our young hero choose? Or will he surprise them all and complete the Geas, releasing him from a predestined path he would have never chosen?

What listeners say about Fallen Tiers

Sound is too tinny and off

The sound was just too off. I couldn’t get into the book. Audio is tinny and narrator is too slow. If you speed it up to 1.25x speed then it’s slightly too fast and not natural sounding. And there is always an echo like he’s reading the book in a metallic vault of some sort. If I wanted to bother to take the time and send the files through a modulator and convert it; it would probably be OK, but I don’t have the time for that. I returned the book. I never got past chapter 1 so gave a really low rating on the story.

Can’t wait too see next project

I can’t wait for future projects very good ending too the Set closed all loop holes answers all the. Question

I hope this picks up and supports her fight for cancer