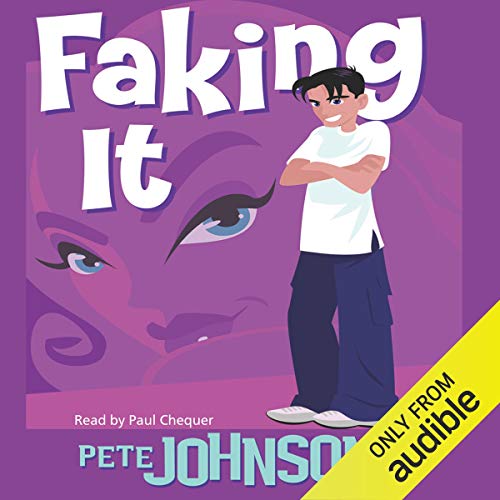 Will is popular with the girls but they don't see him as boyfriend material and, at nearly 15, he's never had a girlfriend. When he sees a photo of Hannah, his step-mum's beautiful niece who wants to be an actress, he shows it to his friend and pretends she's his girlfriend. Will's reputation soars as he and his friend Barney work out details of her life and personality. But soon, to preserve Will's credibility, his girlfriend must put in an appearance. Barney needs her too to make his girlfriend jealous and the resulting complications lead to very unexpected results.
©2014 Audible, Inc. (P)2014 Audible, Inc.

What listeners say about Faking It

I often listen to the samples that Audible enable you to download because I find the narrators ability to act out the part rather than do a monotone rambling enhances my enjoyment. This book will not let you down .I really felt for the main character as he experienced the first pangs of love and rejection , leading him to enter into a fantasy world where a georgeous girl in a photo becomes his girlfriend. The way he goes from zero to hero at school because of this is handled in a realistic way and certainly transported me back to my school days in the 1980's .Will he be able to continue the deception as his friends all beg to meet his mystery girlfriend? Ah well, this question certainly kept me hooked and for you to find out...? You'll have to download it and see.