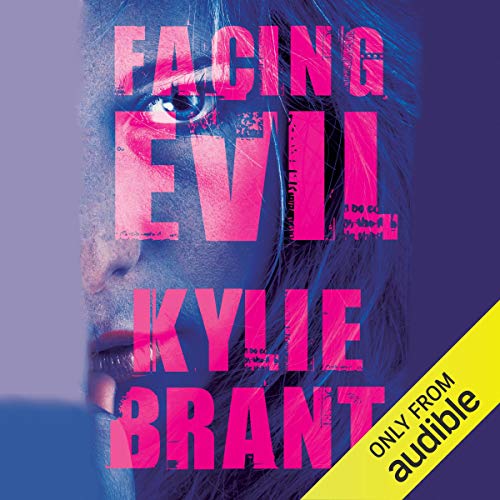 A serial attacker is locked up, and his murderous accomplice has been gunned down. But the true mastermind behind their lethal reign of terror still hasn't been taken in or taken down, so the harrowing case of the Cornbelt Killers isn't closed - and one murderous woman is determined to keep it that way. The only thing more important to her than evading capture is hunting down her hit list of enemies, topped by Iowa's Division of Criminal Investigation agent Cam Prescott and forensic psychologist Sophia Channing. Faced with an opponent both quick witted and cold blooded, Cam and Sophia must scramble to keep up with this horrifying new threat. Little do they realize that in this game of cat and mouse, they're lambs being led to the slaughter.

What listeners say about Facing Evil

As always the follow on plot intrigued and held me . I couldn't put it down

I've read the all the 3 books, a bit of a con as they are not 'stand alone books'
Positive: some parts are really well written and surprising. The plots are well planned out and worth the wait. The Narrator was fabulous!
Negative: The author over complicated the story line. So we have dastardly serial killers and at the end of the 3 books a weak FBI story line.
If I was the Author, I would rather the rescued child was thought about, the reaction of the family and victims etc. Instead it becomes a complicated mess which leaves more questions than answers. Covered in book 4?
I would still recommend the books though, but on credits, I would not pay for them.

This story took place over 3 books. you have to listen to all 3 to get the ending. by book three I was frustrated and bored...but I also had to finish. Not worth it. it could have been over 2 books and felt long and unnecessarily drawn out

Best trilogy I've ever listened to..

Last one of the three Evil books by Kylie Brant and they were all just awesome. The story was so well written. Each bad guy/woman was just as bad as the other. But, Vickie Baxter was a little too crazy. She had men coming into her home and having sex with her little son, started when he was about 6, then after SHE killed her serial killer SON she started killing the men she’d let at her son. Wow, talk about insane.

Beckett, Jenna, Franks, Lucy, Gavin, Marie Gonzales were all great secondary characters, even the ones that were only in it for a few pages or a chapter or two. Mostly, I just loved Cam and Sophie. They were such a terrific couple. AND these books had no angst or misunderstandings, that's a real plus.

And, the three killers? Wow! They were so perfect it makes me wonder about this author’s mind. LOL.. For all those reviewers who gave these book less than 5 stars, I think you would have loved this trilogy if you’d just have listened to it.

In the trilogy’s final book it was sooo exciting, from one moment to the next. And, talk about karma? Vickie got just what she most assuredly deserved but it’s just amazing WHO gave her what was so deserving. I was truly surprised!

The last of this book was a totally different story. About Cam finishing up an op that involved the Moreno drug cartel. Lots of guns, drugs and explosions! He was always the hero…

Again, I have to mention the sex. It was so well written, so romantic, and without the ridiculous words that authors want to use during the act. Best sex scenes I’ve ever read.

There was swearing and the F-bomb was used 26 times.

As to the narrator: Wow, wow, wow. She was simply outstanding. Her voice, her emotions, her awesome reading skills. Phenomenal. This is the last of the three books I’ve listened to over the past 4 days and I’m truly sorry to have them end. I have become a faithful follower of Kate Zane.

What a thrill ride!!!

Ok!! Next trilogy please!!! This was soooo beyond worth the credits!!! Narrator was amazing ! Story was even better. Dark. Suspenseful. Thrilling! And just enough romance and twisted sarcasm to make it a 5 star book (series)... definitely need to check out more from the author!

I love this book trilogy story. It was well performed a highly highly recommended. The story keeps you on the edge of your seat wanting to constantly know what's going to happen next. And you go through about every range of emotion motion that there is.

This is 6he last book in the series and in my opinion the best suspenseful one in the series. I kept looking at the time thinking that they would catch the suspects and there was more.

This was the final episode of the series. Keep up the good work on your characters.

You'll be begging for more Cam and Sophia

In the last book of the Circle of Evil series, Cam and Sophia are faced with a jailbreak, and another killing spree, but this one is unlike the others - revenge and Cam and Sophia find themselves on the hit list again. You'll wrap up this book wanting more from Cam and Sophia. You'll be so entrenched in their lives, you will want them on another case, soon! #suspenseful #mystery #tagsgiving #sweepstakes

Loved the twists and turns...brilliant...what's next? Can't wait for her next release. Absolutely love the series.