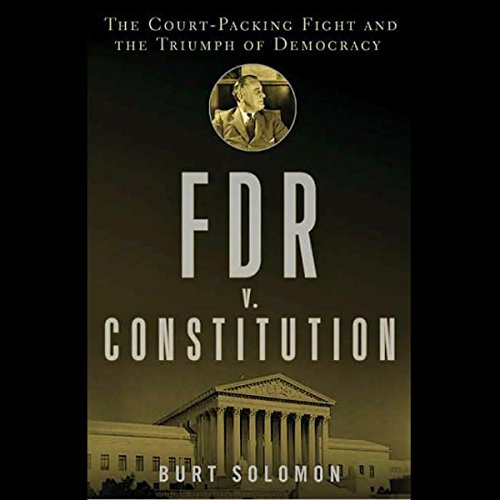 The fascinating, behind-the-scenes story of Franklin Roosevelt's attempt to pack the Supreme Court has special resonance today as we debate the limits of presidential authority.

The Supreme Court has generated many dramatic stories, none more so than the one that began on February 5, 1937. Franklin Delano Roosevelt, confident in his recent landslide reelection and frustrated by a Court that had overturned much of his New Deal legislation, stunned Congress and the American people with his announced intention to add six new justices. Even though the now-famous court packing scheme divided his own party, almost everyone assumed FDR would get his way and reverse the Courts conservative stance and long-standing laissez-faire support of corporate America, so persuasive and powerful had he become.

In the end, however, a Supreme Court justice, Owen Roberts, who cast off precedent in the interests of principle, and a Democratic senator from Montana, Burton K. Wheeler, led an effort that turned an apparently unstoppable proposal into a humiliating rejection and preserved the Constitution.

FDR v. Constitution is the colorful story behind 168 days that riveted and reshaped the nation. Burt Solomon skillfully recounts the major New Deal initiatives of FDR's first term and the rulings that overturned them, chronicling as well the politics and personalities on the Supreme Court from the brilliant octogenarian Louis Brandeis, to the politically minded chief justice, Charles Evans Hughes, to the mercurial Roberts, whose switch in time saved nine. The ebb and flow of one of the momentous set pieces in American history placed the inner workings of the nation's capital on full view as the three branches of our government squared off.

Ironically for FDR, the Court that emerged from this struggle shifted on its own to a liberal attitude, where it would largely remain for another seven decades. Placing the greatest miscalculation of FDRs career in context past and present, Solomon offers a reminder of the perennial temptation toward an imperial presidency that the founders had always feared.