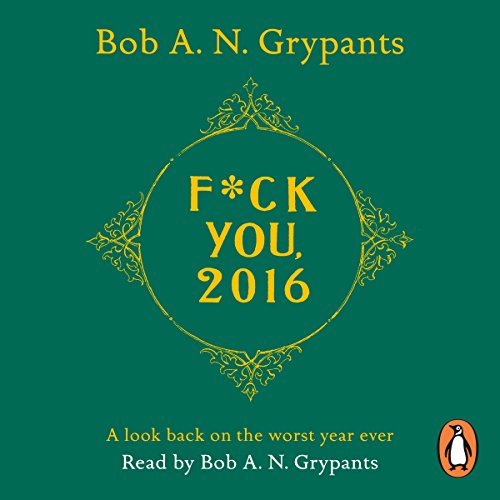 Penguin presents the unabridged downloadable audiobook edition of F--k You, 2016 by Bob A. N. Grypants, read by Bob A.N. Grypants.

In the year that David Bowie died, Brexit shocked us, 'Hiddleswift' was a thing and Trump trumped, we are all asking ourselves: was 2016 really the worst year ever? Find out in this special* commemorative book**.

In this cathartic memento of the annus shitabulus that was 2016, you'll find a hilarious guide to everything that went wrong and the few - very few - things that actually went right. For example:

This comic compendium will soothe your troubled soul - before you throw it in the bin and prepare your mightily hungover self to face 2017. It has to be better, right?

** Warning: this book will spontaneously combust at midnight on December 31, 2016.