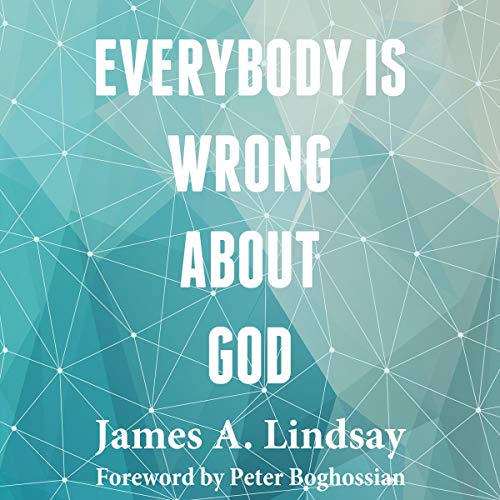 Everybody Is Wrong About God

A call to action to address people's psychological and social motives for a belief in god, rather than debate the existence of god.

With every argument for theism long since discredited, the result is that atheism has become little more than the noises reasonable people make in the presence of unjustified religious beliefs. Thus, engaging in interminable debate with religious believers about the existence of god has become exactly the wrong way for nonbelievers to try to deal with misguided - and often dangerous - belief in a higher power. The key, author James Lindsay argues, is to stop that particular conversation. He demonstrates that whenever people say they believe in "god", they are really telling us that they have certain psychological and social needs that they do not know how to meet. Lindsay then provides more productive avenues of discussion and action. Once nonbelievers understand this simple point, and drop the very label of atheist, will they be able to change the way we all think about, talk about, and act upon the troublesome notion called "god".

What listeners say about Everybody Is Wrong About God

Understanding God as a Concept, not a Deity

This book is a thorough and accessible exploration of God as a concept, not a Deity. The author lays out the case that we should stop accepting the argument that God the character is real, and instead address the psycho-social needs that the concept of a god fulfills. He is respectful of believers' reasons for their beliefs, while clearly stating the need to move past debates about the veracity of theology and into a post-theistic world.

Lindsey acknowledges his debt to, and refers liberally to, other thinkers in the fields of psychology, philosophy, et al. Interested listeners will find recommendations for further reading in the works of Jonathan Haidt (sp?) (I also heartily recommend "The Righteous Mind), Sam Harris, and others.

a much needed new voice for the godless.

Lindsay brings Haidt, Harris, and street epistemology into unison and prepares us for post theism.

Lindsay effectively demonstrates how those who reject religion and those who embrace talk across each other, creating an intractable impasse. He then goes on to explain how to encourage letting go of outmoded ideas, and why that is a worthwhile endeavor. His performance was flawless apart from a few mispronunciations.