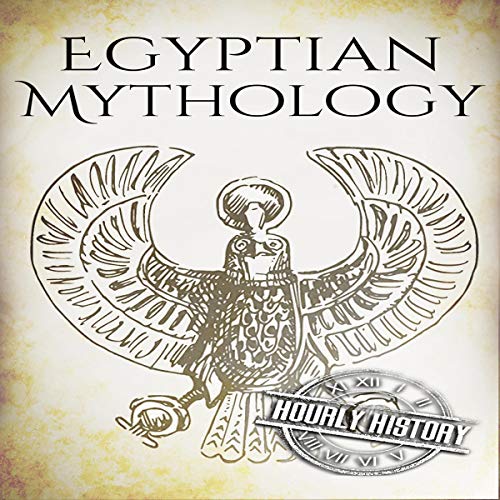 By: Hourly History
Narrated by: Bridger Conklin
Try for £0.00

In this brief introduction to the subject of Egyptian mythology, the author has given a lot of thought to the context of the subject. There is a useful historical timeline which allows the listener to follow the complexities of Egyptian history and locate the mythology within the development of the country.

The audiobook includes the myths of creation in some detail and introduces the top deities in a pantheon of over two thousand god and goddesses. The presence and importance of the Nile is discussed, and details of daily life, including the rituals followed in the temples, essentially the backbone of the economy, are well covered.

decent for a crash course