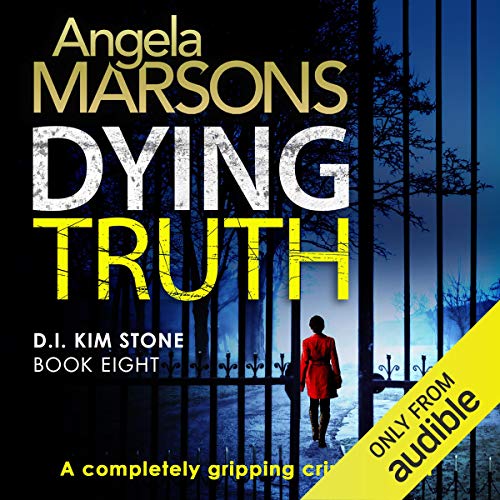 How far would you go to protect your darkest secrets?

When teenager Sadie Winter jumps from the roof of her school, her death is ruled as suicide - a final devastating act from a troubled girl. But then the broken body of a young boy is discovered at the same school and it’s clear to Detective Kim Stone that these deaths are not tragic accidents.

As Kim and her team begin to unravel a dark web of secrets, one of the teachers could hold the key to the truth. Yet just as she is about to break her silence, she is found dead.

With more children’s lives at risk, Kim has to consider the unthinkable - whether a fellow pupil could be responsible for the murders. Investigating the psychology of children that kill brings the detective into contact with her former adversary, Dr. Alex Thorne - the sociopath who has made it her life’s work to destroy Kim.

Desperate to catch the killer, Kim finds a link between the recent murders and an initiation prank that happened at the school decades earlier. But saving these innocent lives comes at a cost - and one of Kim’s own might pay the ultimate price.

The utterly addictive new crime thriller from the number-one best-selling author - you will be gripped until the final shocking twist.

Brilliant story. Good plot. Will miss listening to it. Narration excellent. Can’t wait to download more of Angela Marsons stories. Will recommend to friends and family

I really enjoy this series of books that I started reading on Kindle and now split between Kinfle and Audible using Whispersync, but I’m really not a fan of the narrator (Jan Cramer). I find her tone patronising, some of her inflection loses the sense of the sentence and she often sounds quite aggressively angry. I would not knowingly start another series that she was narrating.

I really like these Kim Stone books and number 8 was good but some of the others have been better! Hence the 4 stars. I don't want to spoil it for anyone but there is a major shock at the end I wasn't prepared for! I hope we will see another book in this series and this wasn't the last!

I enjoyed the story immensely but not the narrator she doesn’t capture the book or the caricatures at all, for me anyway. Are any of Angela’s books in this series not narrated by Jan Cramer???

A brilliantly written series , I have to highly recommend this series as a must read , amazing characters and the narration is so well read thank you Jan Cramer a great narrator 10/10 and 5 🌟🌟🌟🌟🌟

Jan Cramer is terrible at narration. She just ruins the story with her S l o w tempo. She just doesn’t get the right pace. It is so frustrating.
I recommend you read the book!
Come on Angela change the narrator.

You have to read/listen to this book!!! If you’ve followed the DI Stones team from the first book then you can’t help but to be totally touched by this book. Fantastic story......I’m still crying now writing this review.

Another great story with Kim Stone as the main protagonist. It is engaging right to the end and the final twist is unforeseen.

Another enthralling book from Angela Marsons!

I've read most of the books featuring Kim Stone and I've absolutely loved them. This author never fails to come up with some fantastic stories! Just don't know how she does it? All the team are working on suspicious deaths of children at a private school. It looks like theres been a lot of accidents, but nothing can be further from the truth! And so the intrigue begins. I think that Jan Cramer is one of my favourite narrators can't imagine anyone else narrating these books.

Really enjoyed this book, although an audible. The narrator misjudged some of the chapters by changing her voice pattern which didn't really match with the narrative. story well written as I had no exact conclusion re the killer until the end. I just love detective Kim!

I thought I had read the best of Angela Marsons but this latest one surpasses all previous books. Very intricate relationships at a boarding school. Murders (plural.) And even Alex returns to play a part. And she always scares me.

The end! All the feels. I'll say no more.

Excellent narration as usual. Reading this on release day just means it's longer until the next book. Write, Angela, write!

As a fan of Angela Marsons' 5 star Detective Kim Stone series I am delighted with Book 8, DYING TRUTH. The gripping plot of this outstanding novel takes uncertainty and suspense up to 11 and keeps it there. IF you like police procedurals or modern detective novels this is one you need to purchase. Jan Cramer's narration is superb in every novel in the in the Detective Kim Stone series.

just gets better with time

Many authors get maudlin or put their main female character into so called romantic situations with inappropriate co workers undermining the integrity of the character. How refreshing to find an author who understands that a woman, who works their way up in a world dominated by men, has their head and heart focused on the right things! Thank you!
DKC, USN Retired

I have read all the books in the series and this is by far the most complex and emotional! The author has managed to create characters that appear so real and genuine that I feel emotionally connected to each one. The series is not about the crimes but about the lives of DI Stone, her team, and colleagues as they solve each horrific case while trying to live normal lives.

Twist turns deception tears ! Always a good read with Angela Marsons ,she will keep you hooked !

Completely gripping......this book is worth it. And the twist?!? Had me in tears for days!!

Do not know what I will do when then series was over. I struggled to continue after this one 😢, but I found the strength to continue.

Great mystery and suspense. This writer makes the most unbelievable plot compelling. The narrator is uneven. She does adult voices well but I can't tell her child voices one from another. I recommend this diverting and scary listen if you want to get transported to a frightening but entertaining upper class hell hole for several hours.

One of the Best

Hate when the book has to end..great Performance as always. The story flows so we'll.

I have loved every single book in this series, but this one left me gasping! I love how each book refers back to the previous crime case from the last novel, in addition to learning more about the main characters on the detective‘s team. I definitely would never recommend anyone to start in the middle of this series as you need to start from the very first one to get the background on the characters, especially Kim Stone. No spoilers here but take it from me, you will not anticipate the conclusion of this book! Can’t wait to start on number 9. I don’t ever want this series to end!