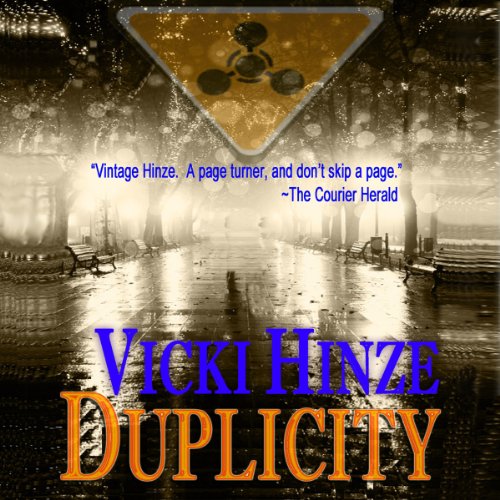 By: Vicki Hinze
Narrated by: Christy Lynn
Try for £0.00

Captain Tracy Keener, a military attorney, is the by-name request counsel for Captain Adam Burke, a special ops officer accused of leading his team onto an active bombing range during a war-readiness exercise that leads to the death of his entire team. Burke says he was under direct orders to do what he did. The honchos deny it. But when Keener pushes and learns chemical weapons could have been involved, attempts on her life prove there's more than meets the eye in this case. There's murder and a conspiracy that goes up the chain of command. The question is how high--and if she and Burke will survive attempts to silence them long enough to expose the truth . . . once they discover it.

What listeners say about Duplicity

Take your pick here - there are bad guys everywhere you look. But the real culprit is something of a surprise, and the heroine does way too much hand-wringing.