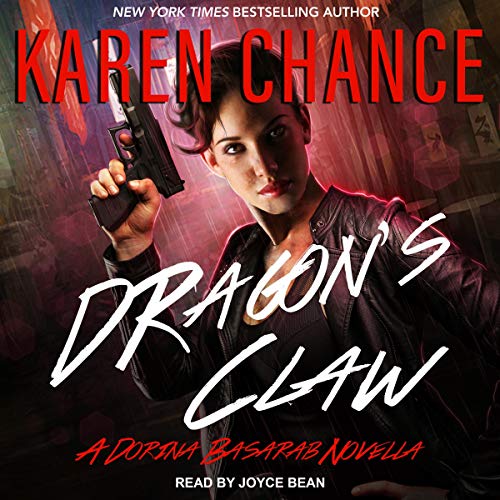 By: Karen Chance
Narrated by: Joyce Bean
Try for £0.00

Everyone knows that vampires are hard to kill. But when Dory Basarab is called to a crime scene in a smelly basement in Queens, she discovers that that may no longer be the case. Somebody has developed a new weapon, a vamp killer, and left her plenty of clues to follow. One of them leads her to the other side of the world, and to a city like no other, where the paranormal is normal and where death stalks the streets. Can she defeat a clever killer before he kills again, and on an unprecedented scale?

What listeners say about Dragon's Claw

Thank you for this audible version!!!

Karen Chance does many things well, but I really love her sense of humor! The characters are wonderful in both this series and in the Cassandra Palmer series. With Dorina and Dory turning out to be 2 separate entities inhabiting a single body, the possibilities for entertaining situations are endless! Can't wait to watch that unfold! Was happy to see more of Ray in this novella. The one small criticism I have for both series is that some action scenes become so long and chaotic they are hard to visualize.

Joyce Bean does an outstanding job of creating each character's persona. She does accents and both male and female voices very well. She also makes the funny scenes even funnier with impeccable timing and funny voices. If you like the print version of these books, you will love the audible versions! So much better with a good voice actress!

Finally, thank you Ms. Chance for publishing this audible version of Dragon's Claw! Please put all your novellas on Audible, maybe an anthology?

Love this author am happy to find her audiobooks and will get more.
as soon as I can

As always a win! I love the Dori books, and am always excited to get a new one. so glad I bought it!!!

Another brilliant short by karen chance! This finds us between the books and carries the two timelines together as the cassie plamer series and dornia series come together again. A fast paced story that gives us another clue to what may be to come and how Dory will have a roll in it.

Though this is a novella, readers are treated to a full on mystery and plenty of fighting! Dory and Dorina are starting to work together as they are dragged into a battle of all battles. The characters are likable and the storyline is highly entertaining! The narrator did a fantastic job!

Enjoyable storyline. Lots of action and intrigues. Joyce Bean did a good job in the narration/performance and brought the characters to life. A good series.