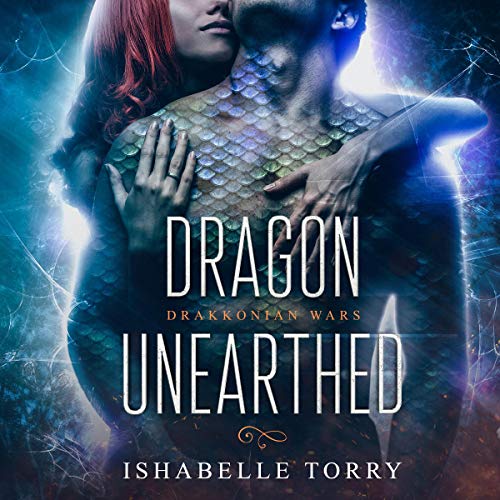 By: Ishabelle Torry
Narrated by: Erica Hilliard
Try for £0.00

There’s nothing like a new dig to get my heart pumping. An endless desert of possibility awaits. Ancient bones. Pottery. Cave art...a dragon? He’s huge. Stark-naked. Covered in scales. And he says I’m his mate. I don’t know what’s more terrifying - the fact he’s an alien, or that his very presence muddles my senses, and his touch leaves me a quaking mess.

After crash landing on this foreign blue planet thousands of years ago, the last thing I expect is to be struck by the sweet scent of the Nocktam. It beckons to me, rousing me from hibernation, away from the safety of the cave I’ve called home for centuries. Her essence draws me like no other, and I can’t deny the primal need to claim her as mine. She’s beautiful. Vibrant. Spirited. And in grave danger....

These humans have no idea their very existence hangs in the balance of an age-old galactic war. But I'll protect my mate at all costs. Even if it means I have to sacrifice an entire planet.

If you’re a fan of steamy sci-fi romance, dragon shifters from space, and feisty heroines, then listen to the first book of the Drakkonian Wars today!

Waiting for the second book!

I listened to this book after it was recommended to me by a friend. I love how the author bridged true US historical events with her fictional story. It completely made sense to me. SciFi and Steamy Romance just what a Nerdy Girl needs. The characters were well done in my opinion and the female lead reminds me of a girl I once knew. I’m looking forward to the next book.

An interesting story that kept me reading or rather listening. There were a few points that left me a little confused but overall I enjoyed it. My one problem with the narrator was that she did not change between the male and female voices. The two main characters, Jemma and Kai, were written in first person so sometimes I wasn’t sure (or I forgot) which “I” was speaking because the voices didn’t change.