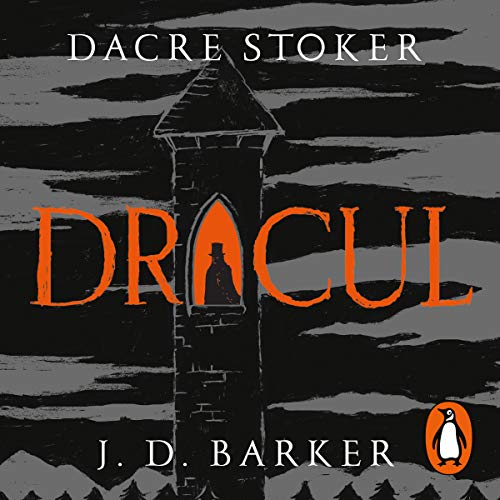 Dracul reveals the true origins not only of Dracula himself but also of his creator, Bram Stoker...and of the elusive, enigmatic woman who connects them.

It is 1868, and a 22-year-old Bram Stoker has locked himself inside an abbey's tower to face off against a vile and ungodly beast. He is armed with mirrors and crucifixes and holy water and a gun - and is kept company by a bottle of plum brandy. His fervent prayer is that he will survive this one night - a night that will prove to be the longest of his life.

Desperate to leave a record of what he has witnessed, the young man scribbles out the events that brought him to this point - and tells an extraordinary tale of childhood illness, a mysterious nanny and stories once thought to be fables now proven true.

Inspired by the notes Dracula's creator left behind, Dracul is a riveting, heart-stoppingly scary novel of Gothic suspense.

"Listening to Dracul is like being immersed in a classic vampire film...a terrifying listen that gave me hours of fun." (R. L. Stine, author of Goosebumps)

What listeners say about Dracul

Not so much the story itself, although the Count’s powers are extravagantly extrapolated from the original. Be prepared to suspend your disbelief more often and more determinedly than before - which would be helped a lot more if the narrators had been speaking with accents and vocabularies suited to their parts, not this mis-matched company. Why, Penguin? Two outright Americans, another trying to sound British. I mean Bram’s sister is American in her letters but either English or Irish elsewhere. Many expressions jump out as anachronistic and frankly some passages are just poorly crafted.
Very well (Dacre & co would say ‘OK’)
that’s me done; I can’t recommend it, but that doesn’t mean you wouldn’t enjoy it.

I’m two hours in and have become quite distracted by the accent attempts from the cast. I’d rather they didn’t bother...

I listen to loads of audio books but I might give up on this..

Fun time for any Vampire fan!

This book was a highly enjoyable ride for any fans of the original Dracula and those who seek to delve further into darkness.

a good story but the end is very good

enjoyable from start to finish

Loved it
chilling heart breaking but amazing from start to finish! highly recommended 😍😍

A wonderful story for anyone who enjoyed reading Dracula. I enjoyed this book immensely. Highly recommended.