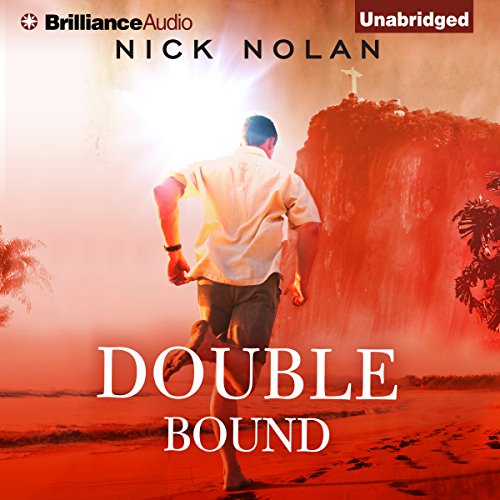 Nick Nolan’s Double Bound reunites us with many of the characters introduced in his delightful Strings Attached: Jeremy, now in a committed relationship with fun-loving, hot-headed Carlo; Arthur, Jeremy’s protector, confidant, and mentor; and Katharine, Jeremy’s wealthy benefactress, still hiding a slew of secrets and hidden agendas. This sequel displays the same wit, verve, style, and sense of adventure that were so engaging and fresh in Strings Attached. And where Strings Attached playfully alluded to Pinocchio, Double Bound has fun with the "Jack and the Beanstalk" fable.

Just as Strings Attached was Jeremy’s story, Double Bound is Arthur’s, exploring his troubled relationship with disapproving parents and his precarious years as a gay Marine. However, there’s an added element this time out: the stakes are higher, the repercussions more dire, and the choices harder and more consequential. There is a darker feel to this novel, which not only adds depth to the characters but highlights Mr. Nolan’s growth and confidence as a storyteller. We’ve moved beyond high-school concerns into real-world choices, where outcomes are not always tied up in neat “happily ever after” packages."The plot moves along swiftly with great suspense...Double Bound is one of those books that is not easily forgotten...this is the kind of read that will haunt you." - Amos Lassen, Literary Pride

"The plot moves along swiftly with great suspense.... Double Bound is one of those books that is not easily forgotten.... this is the kind of read that will haunt you." (Amos Lassen, Literary Pride)

Double Bound continues the story that started in Strings Attached, focussing more on Arthur's character this time. Nick Nolan's writing is a perfect mix of detail and plot advancing narrative. He eloquently and weaves a story you can't help getting wrapped up in.

It's hard not to relate to Arthur as central character in this book.

Which character – as performed by Luke Daniels – was your favorite?

Luke Daniels is a pleasure to listen to. For no other reason than his Aunt Catherine is COMPLETELY believable, I would say she was my favourite.

If you could take any character from Double Bound out to dinner, who would it be and why?

Probably Jeremy Tyler, an old soul even at a tender age.

Buy both these books.

Not what I expected, but fun & satisfying 2nd book

I enjoyed the first book in this series much more than I was expecting to and I was quite satisfied with where that tale ended. I had after the "happily ever after" scenarios in my head. When I saw that there was another book the in the series I was torn about reading it. On the one hand, I really enjoyed the first book and was eager to revisit the world and the characters. On the other hand, this book would inevitably alter the what happens after happily ever after fantasies in my head. And it did. It completely dashed all of those visions - shattered them irreparably.

The beginning of this book is confusing as there is some time-jumping that happens. It is also heart-breaking as we see where our beloved characters are, the turns and secrets and reality that contain them. Again, I love the weaving of a classic fairy tale over the latticework of this story. It is intriguing to figure out who planted the beanstalk, what is actually up there in the clouds, and who ultimately will have to chop it down again to protect the world from what is up there.

This story is enchanting, beautiful, dark, frightening, heart-breaking, hope giving and gorgeous. There was a point where I actually cried, and it was not, perhaps the part you would expect to bring tears. Once again, at the end of this story I felt completely wrung out but also completely satisfied. Now I have a whole new set of after happily ever after fantasies, and I've just learned there is a third book to demolish those. I might have to wait a day or two before I go on, but go on I shall. I have faith after the first two books that Nick Nolan will make the harrowing journey through the woods worth it at the end, and that maybe there will even be a Prince Charming and happily ever after to look forward to, even if I have to face some witches and curses first.

This is one of those books that I don't think I would have liked as much if I had read it. The narrator, Luke Daniels, was excellent. It is a continuation of Jeremy's adventures from Strings Attached, but from Arthur's POV. In addition there is quite a bit of Arthur's backstory. This is not a HEA, but a HFN. I can't say I liked the ending, but it was OK. I wanted something different for Arthur, but I understand why the author went the way he did. It has a lot of action that the narrator does an excellent job of bringing to life and keeping it interesting. I think the audio version is really the way to read/listen to this book. Well worth a credit.