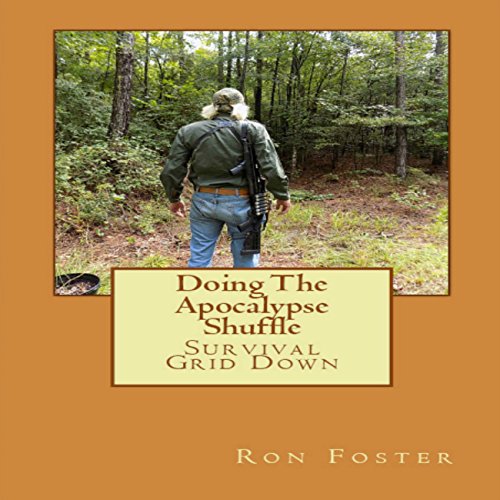 Farley is doing his best trying not to dance with death after a solar storm has taken the electrical grid down worldwide, but it seems avoiding danger for him is no safer in the long run than outright exposure. The old prepper knows it is not death, but dying, which is terrible. Life for him is either a daring adventure of foraging and trading, or nothing. The great thing about the dead is that they make space and leave stuff behind.

There are more dead people in the world now than living, and their numbers are increasing. The living are getting rarer and they are getting meaner. Death doesn't bargain, death is when the monsters or marauders get to you.

His plan for bugging out to the lake went well at first but the demands of his fellow survivors soon begin to stress him out. Life is complicated enough trying to trade for supplies as societal breakdown increases, but protecting others who are not there to protect you gets complicated. Farley is forced to look in his soul, and he's not sure he likes what he sees.

What listeners say about Doing the Apocalypse Shuffle

Seems like some things were just dragged out, actually had to fast forward....And why do they switch narrators from book to book, it sucks when they do that

The story was as good as the first book, the narrator on the other hand was not. halfway through the book he got better. I do hope the third book will be released on audible soon.

I love this post apocalyptic genre and the narrator really brought life to the characters. A very good addition to the first in the series.