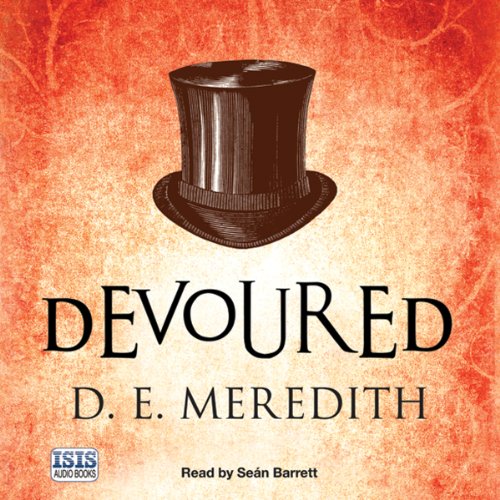 1856, London: The specimen-collecting craze is growing, and discoveries in far-off jungles are reshaping the known world. When the glamorous Lady Bessingham is found murdered, surrounded by her vast collection of fossils and tribal masks, Professor Adolphus Hatton and his morgue assistant Albert Roumande are called in to examine the crime scene - and the body.

In the new and suspicious world of forensics, Hatton and Roumande are the best. But the crime scene is not confined to one room. In their efforts to help the infamous Scotland Yard detective Inspector Adams track down the Lady's killer, Hatton and Roumande uncover a trail of murders connected to a packet of seditious letters that, if published, would change the face of society and religion irrevocably.

What listeners say about Devoured