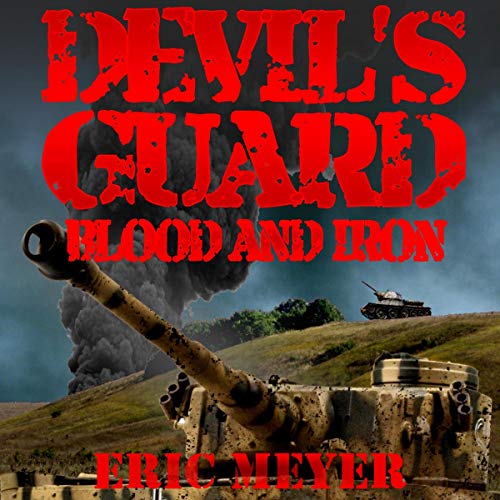 The second thrilling book in the Devil's Guard series. The SS Officer who was to pursue a brutal career in the jungles of Vietnam has another battle to face. Kursk, the showdown between German and Soviet armor.

After the bloody struggle for Kharkov, the SS Officer who was later to pursue a brutal and bloody career in the jungles of Vietnam has another battle to face. Kursk, the name that has come to symbolize the epic showdown between German and Russian armor, the greatest tank battle in history. The story begins before the battle when the commanders of both sides are fighting an intelligence war. Sent on a mission behind the lines into the heavily defended Kursk salient, Obersturmfuhrer Jurgen Hoffman and his platoon has to fight their way back to their own lines.

When they return there is a traitor who needs to be hunted down, a traitor supplying German secrets to the enemy. The battle commences and the monstrous clash of iron and flesh threatens to tear Hoffman’s regiment, SS-Deutschland Panzer Grenadiers, into bloody ruin.

What listeners say about Devil's Guard Blood and Iron