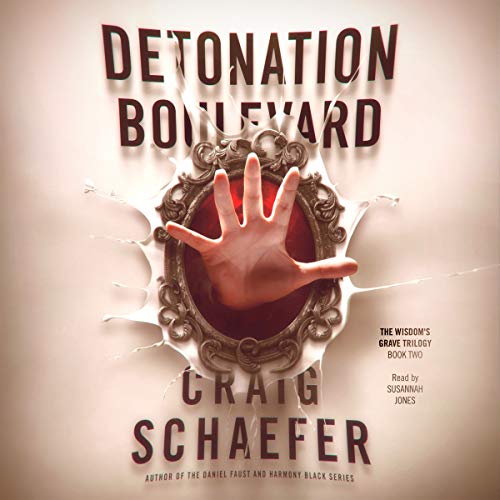 By: Craig Schaefer
Narrated by: Susannah Jones
Try for £0.00

When NYPD detective Marie Reinhart met Nessa Roth, a Manhattan socialite and dabbler in the occult, sparks flew. Then came the gunfire.

Nessa and Marie are the Witch and her Knight, characters from a fairy tale brought to life and trapped in an endless curse: to meet, fall in love, and be torn from each other’s arms by violent death, again and again for all eternity. Now they have one slim chance to escape their doom. It lies in Wisdom's Grave, the resting-place of the first witch who ever lived, and the wellspring of magic.

To find it, they’ll have to cross over 2,000 miles of hostile territory from New York to Las Vegas, pursued by the law, the criminal underworld, and a cult of demonic bounty hunters. Their enemies have political power and an army of ruthless assassins. They have a book of black magic, a Cadillac, and a gun.

The American heartland is about to become a war zone. And as portals to other worlds tear open, showing the way to secrets buried since the dawn of time, Nessa and Marie prepare to make their final stand.

What listeners say about Detonation Boulevard

I absolutely love Craig Schaefer's books in this world. And this trilogy is fantastic. I have read them a couple times and am now listening to them and it's very enjoyable. The voice actors have been really great for Daniel Faust and Harmony, but Susanna Jones beats them all!! She is so good at actually acting out the words in the right emotion and it had been a true pleasure to listen to this trilogy.

The hunt takes an otherworldly turn!

Detonation Boulevard
The Wisdom's Grave Trilogy, Book 2
By: Craig Schaefer
Narrated by: Susannah Jones
There is so much that goes on in here but it is hard to give a review without spoiling it. Let's just say that the hunt for Wisdom's Grave takes our gals to otherworldly places! They end up on the run from more than one group.
Narration was great.