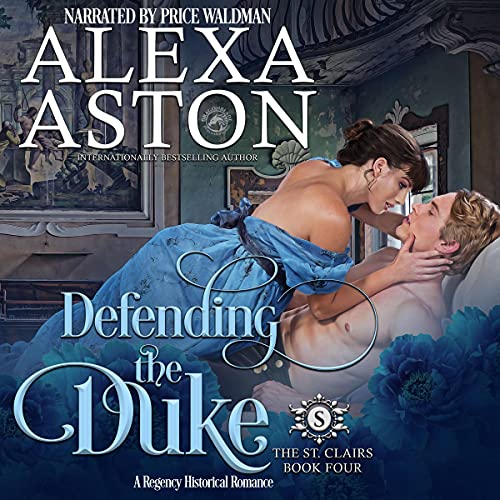 By: Alexa Aston
Narrated by: Price Waldman
Try for £0.00

Can love grow between a reluctant duke and an illegitimate shop girl?

Anthony Godwin, trusted staff officer to the Duke of Wellington, returns from the Napoleonic Wars to learn both his father and brother are dead, and he is the new Duke of Linfield. His anger and bitterness have grown through the years, and he despises the Linfield name - because his father gave Anthony away when he was eight years old. Now, he finds himself a part of the ton, with men seeking his advice and women vying to become his new duchess, all because of a title he now holds and never wanted.

Laurel Wright grew up in poverty. When her mother dies, Laurel learns she and her twin brother are the illegitimate offspring of the deceased Duke of Everton. Penniless and starving, she turns to the new Duke of Everton in desperation. Suddenly, Laurel is swept into a glittering, unfamiliar world as she is launched into the season. Navigating her way proves daunting, and when she is discovered in a compromising position with a man she’s only met, it leads to a quick marriage in which both partners agree that love will never be a part of their relationship.

Anthony never wanted a wife and is abruptly saddled with one. He tries to keep his distance from the raven-haired beauty who is now his duchess, but Laurel proves to be irresistible. Passion erupts between them, and he finds himself longing for a child, though he fights growing closer to this new wife.

Will Laurel and Anthony be able to put the past behind them, and let love rule their future?

What listeners say about Defending the Duke