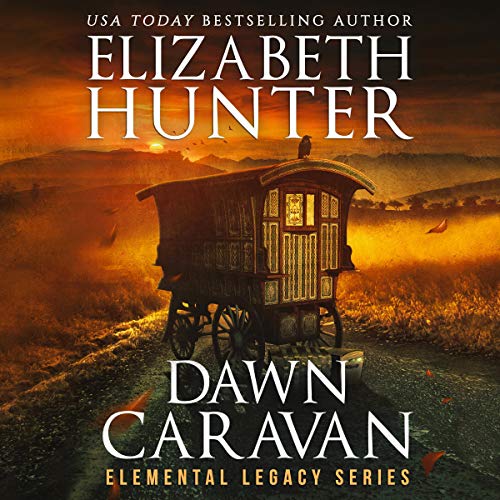 By: Elizabeth Hunter
Narrated by: Sean William Doyle
Try for £0.00

For Ben Vecchio, everything has changed. His eyes. His diet. His new aversion to sunlight. But after a long sojourn in China, Ben realizes that the world he left behind hasn’t changed as much as he feared. He wants to leave his old life in the past, there’s one job remaining that just won’t leave him alone.

Radu’s mystery is too interesting - and too profitable - to ignore. The problem? Taking on this commission puts Ben in the path of his old partner, the one woman he’s spent years avoiding.

Tenzin has been following Ben at a distance, hoping his ire might wane, but when he heads to Romania, her patience runs out. Ben is a new power in their world, and more than one vampire will be eager to test him.

Ben and Tenzin need to work together if they want to find the truth behind Radu, his mysterious clan, and the treasure at the heart of the Dawn Caravan. One last job, then it’s finished between them.

What listeners say about Dawn Caravan

Absolutely love all Elizabeth Hunter books. But add audible and it is a fantastic journey. You almost feel like a spectator in someone else’s life. Full of adventure. The narration is fantastic. Can’t wait for the next book.

now I'm waiting for the next one.. hope it will be soon lol.. another amazing read.

I love these books. Elizabeth Hunters writing paired with Sean’s fantastic narration is a match made in audio heaven. I’ve just finished now and I’m going straight back to beginning for another listen.

Love reading about Ben & Tenzin! Can't wait for the next adventure! Their relationship with each other is beautiful in how it is evolving & changing each other in the process.

THIS WAS REALLY GREAT AND SO MUCH FUN TO HEAR!! SEAN WILLIAM DOYLE IS SI AMAZING!! CAN'T WAIT FOR NEXT ONE!!!

Yay! Love Tenzin and Ben as a couple. Enjoyed this audiobook immensely. Plenty of mystery, action, and sexual tension to keep my wayward attention. The narrator did a fantastic job with providing unique voices for each character and appropriate tone inflections for each scene.