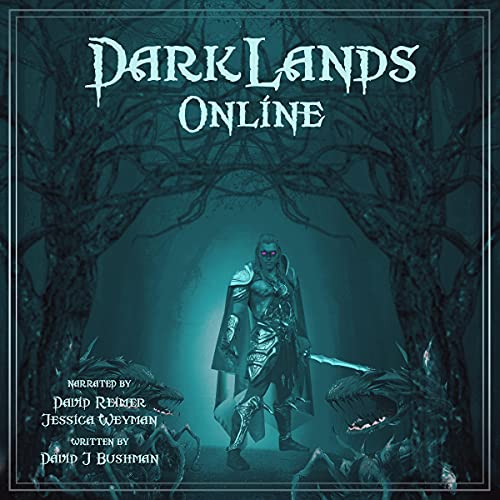 By: David Bushman
Narrated by: David Reimer,Jessica Weyman
Try for £0.00

It had been a number of years since Kurt had last played a video game. That all changed when his state wrestling bid was cut abruptly short. With nothing but time on his hands, Kurt relented to explore a VRMMO with his younger brother.

Having been transported to a world ruled by magic and the strength of a blade, Kurt now must call upon skills he has not used in years. As the lines between reality and the game begin to blur, Kurt must figure out just what is going on with Darklands Online.

What listeners say about Darklands Online

First book of the authors I've read, was set at an excellent pace and throughly enjoyable, MC is very likeable and progresses at a great pace, the world is believable and well thought out along with the character progression for the MC and associates, a throughly enjoyable read/listen and will happily listen to it again

Very interesting take on the genre.

Disclaimer: I was provided a copy of this book free of charge in exchange for an honest review.

A very fresh take on combat compared to a lot of other Litrpgs was a nice change of pace.

Also, the characters, while not hugely fleshed out, felt like people rather than facsimilies as is often the case in this type of and the narration did a great job of fleshing out both the male and female characters. Equally the scenes were described very well but not overly so as often Litrpgs get stuck on the unnecessary appearance of every single item.

In all, a good book and a promising start to the series.

Excellent! Can’t wait for the next one!

It starts off with the brother dictating the direction of the gameplay which is annoying to the MC and the reader. Fortunately he dies soon is reincarnated as a whisp - no effect on the game but a source of background information.

The main character decides to follow a quest that his brother thinks is worthless and it leads to .... Can’t say without spoilers.

The characters are good, the situations are interesting, the battles are enjoyable and the stats are there when you want them, not just a way to fill several pages.

The story takes several twists and turns and the ending is unexpected!

I thoroughly enjoyed it and I’m eagerly awaiting the next book!

I received a free copy of this book and chose to write a review.

The world creation is good. The game world is interesting. Most of the book feels like a setup for future novels. The end twist was nice and really piqued my interest for the next book. I loved have two narrators for male and female characters. They definitely increased the value of this book for me.

I was a little iffy in the very start, but before I knew it, I was full immersed! A good start to a new series, I can’t wait to see where the story goes from here!

so good my man.

I personally loved it. David and Jessica knocked it out of the park. very excited to hear book 2 now! a slice of life story with some good laugh out loud moments.