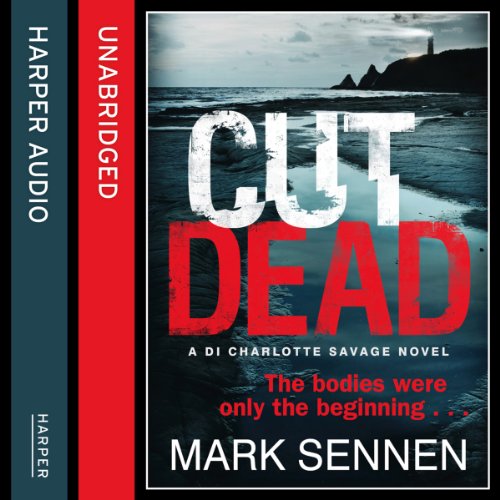 By: Mark Sennen
Narrated by: Stevie Lacey
Try for £0.00

He could be out there right now. Passing you on the street. You'd never know...

DI Charlotte Savage is back, chasing a killer who was last at large ten years ago, a killer they presumed dead… Now he's back and more dangerous than ever.

When three headless bodies are found mutilated in a pit, it's a particularly challenging case for DI Savage and her team. The victims bear the hallmarks of a killer who butchered girls to their death; a killer who was never caught. Could this be a copycat or has the original murderer resurfaced? With a steady stream of bodies arriving at the morgue and gruesome secrets from the past emerging, DI Savage is up against it to find the killer before he strikes again?

"A nail-biting thriller that will keep your pulse racing all the way to the explosive climax." (Alex Kava)
"A fast-paced serial-killer chiller." (Alex Marwood, author of The Wicked Girls)

What listeners say about Cut Dead

Too much going on and pretty silly

Its not that the book is bad, but its not that good, infact pretty silly. The author tries so hard to make it an exciting tense plot, but the trouble is she has put too much into it. Orphans, twins, a suspect in the police force, the lead investigator in danger and just for good measure a Hodor type character, although a nasty one. To be honest I kept getting bored with it all and was quite happy when the audio finished. I think the narrator did a really good job and I enjoyed her interpretation of the "Hodor" type person. That actually made me laugh. Sometimes less is actually more enjoyable, it is almost like listening to a culmination of books, rather than one. Perhaps being slightly harsh, but I think the author can do better.