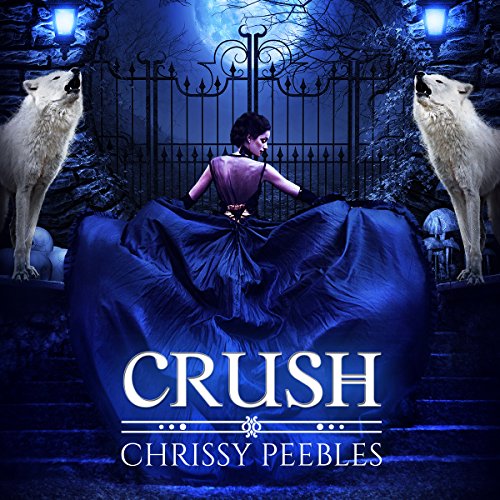 By: Chrissy Peebles
Narrated by: Kylie Stewart
Try for £0.00

This is book one of a four-book young-adult vampire series.

His precious touch could prove deadly.

When Taylor Sparks moves from New York City to Big Bear Lake, California, her life is forever changed when she meets a hot guy with winter-blue eyes named Jesse. Their attraction is instant, the chemistry undeniable. But sadly, things aren't adding up. Taylor wonders what her "crush" is hiding. When her new friend, Fred tells her his suspicions about Jesse being a paranormal creature, Taylor laughs. But when Fred turns up dead, she believes every warning he ever told her. Taylor is shocked to learn that Big Bear Lake isn't just glittering lakes, towering pines, and breathtaking mountains...there's more...way more than meets the eye.

Will Taylor dive into a paranormal world she knows nothing about? To be with the one her heart can't live without? Or will her life spiral out of control when she learns her blood is needed...to lift an ancient curse from a group of supernatural beings. Werewolves will serve as her guardians and protect her until the first full moon of the new year. The night of her sacrifice...Will she accept her destiny? Or will she refuse to let evil swallow her up?

What listeners say about Crush

Good story i did not have the narrator was not that bad dont know why everyone did not like her :) well everyone has his or her opinion i gusse.

Love the Book, not so much the narrator.

I truly love the the story! I chose to try the Immersion Reading, but it was ruined for me by the narrator. Now, I read very quickly on my own and To Be Fair, she did GREAT with the change in voices. You could tell each character apart & inflection was good. However, everything in between was like SPEED READING and, at least for me, that is Never the way to truly enjoy a book. Speed Reading is for studying!

If Not for the Narrator, I would have given 5 Stars easily!!! I can't wait to get into book 2 and see how things go for the characters now. We had one major question answered, but so many more to look forward too!!

Really enjoyed listening to this book. I've read it before enjoyed it as much as before.

I am all for reading( or listening), again!
The only complaint that I had, was that the Narrator was monatone, and very dry!
Overall, the story is good! Just make sure you read it!

Not what i expected

Its definitely geared toward a younger crowd.
The narrator is monotone even when changing character pitches, she's very monotone.