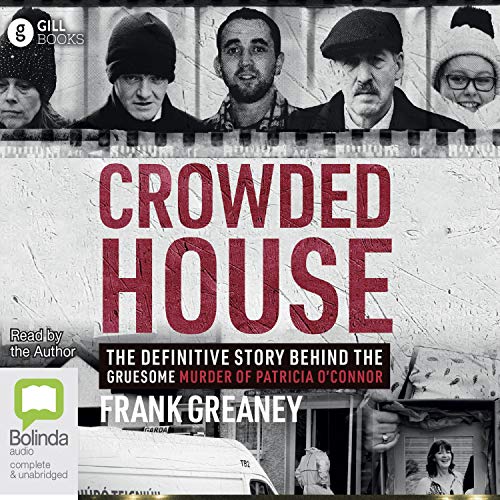 In June 2017, a woman picnicking in the Wicklow Mountains stumbled upon something in a ditch that would set in motion a chain of events that horrified the nation. It was the first of 15 dismembered body parts belonging to retired hospital worker Patricia O’Connor.

Kieran Greene, the father of three of Patricia’s grandchildren, later handed himself in, confessing to beating her to death in the home they shared in what he said was an act of self-defence. He also confessed to dismembering her and disposing of her remains but later changed his story, implicating several members of Patricia’s household, including her husband and daughter.

In this nuanced and meticulous account of a deeply disturbing crime, award-winning journalist and Courts Correspondent for Newstalk and Today FM Frank Greaney uncovers the story behind the gruesome murder of Patricia O’Connor and looks at who Patricia really was through exclusive follow-up interviews with other members of her family.

What listeners say about Crowded House

dont pass this book by.

I remember this story in the news and it was very interesting to hear the full story .

when I first heard the narrator starting I thought oh I wont be able to listen to him , but I changed my mind quickly , he gave great justice to the story .