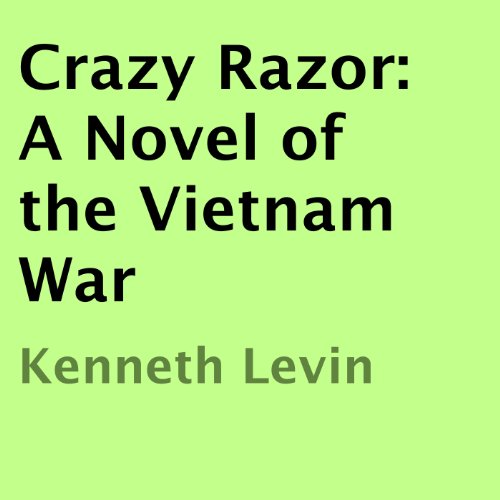 A Novel of the Vietnam War
By: Kenneth Levin
Narrated by: Danny T. Levin
Length: 15 hrs and 40 mins
Categories: Fiction, Historical
4 out of 5 stars 3.8 (4 ratings)

The different reasons for participating in the Vietnam War between four major groups - the American army, the Army of the Republic of Vietnam (ARVN), the North Vietnamese Army (NVA), and the Viet Cong (VC) - could not be more stark. As much as one approaches it as a war like any other, its mirror opposite sees it more of what war is really about: the struggle between life and death with no compromise. There is no retreat or surrender for those fighting for North Vietnam. There are no weekend passes for R&R, no trips back home after a year, and no returns to base camp for a meal and a shower. There is only squatting hungry in the bush, waiting for the opportunity to kill or be killed - and that’s it. These dualities feed off each other in ways far more significant than strategy and tactics can provide summation for. They impact human life at a visceral, horrifying level. And they are the nature of war. For Clark Coburn, being a naval officer appointed to a military advisor job in Vietnam is his chance to pad his resume with the glory and heroism it is currently lacking. There is nothing else in him: no resolve, no true belief, no call of a higher power. His motivation is driven by personal greed and self-centeredness, for as talented, ambitious, and charming as he is, he is also equal part narcissistic, shallow, and lazy.

A scathing indictment of the corruption of the human soul by war, Kenneth Levin’s bracingly honest and harrowing debut is reminiscent of masterworks like Tim O’Brien’s The Things They Carried and Bao Ninh’s The Sorrow of War. A decorated combat veteran whose his own experiences in Vietnam are combined with the personal interviews of North Vietnamese veterans, Levin deftly explores the nature of man amidst the chaos and horror of war. As illuminating as it is disturbing, Crazy Razor demonstrates with stark clarity that the real villain in war…is war itself.

The dialogue is almost always juvenile. The narrator didn't help. It had a few high spots that I kept thinking it would get better but fell into grade school language.

What a piece of crap!

What would have made Crazy Razor better?

A narrator with some talent.

Would you ever listen to anything by Kenneth Levin again?

None at all. A waste of a credit.

I couldn't deal with the monotone narrator. Stopped listening after 20 minutes. All the characters sounded the same. Thank you Audible for not letting me return this POS.