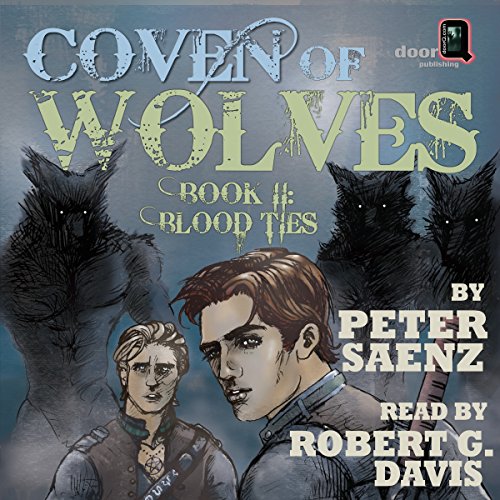 For Devin Marshall, life has changed forever. Once a witch on the run, he has found his niche among a group of like-minded witches in a coven of his own. Now, also leader to a pack of newly formed werewolves, Devin will need both groups fighting beside him if he plans to keep the people he loves alive. Initially he has his hands full contending with Boston mob vendettas, rival covens, and a global network of deadly werewolf clans who want him dead. Unfortunately for Devin, things go from bad to worse when long forgotten gods rise, threatening to destroy not only the newly formed coven/clan but the majority of the world as well. Author Peter Saenz pulls out all stops in this high-action, suspense filled sequel to his previous hit novel Coven of Wolves.

What listeners say about Coven of Wolves

The two coven of wolves books are just my thing: magic and shifters. Toss in some gods and godesses and desperate times that could end everything and I have a great story to read. Young misfit grows up to be an important part of a happily ever after and I'm a satisfied reader. Great fantasies!

great book, book 1 was OK but book 2 was awesome just beautiful and i hope book 3 comes out soon. The narrator was great, highly recommended.

Every bit as good as the first book.

I realy like this series Its both trilling and funny. I had several laugh out loud moments.