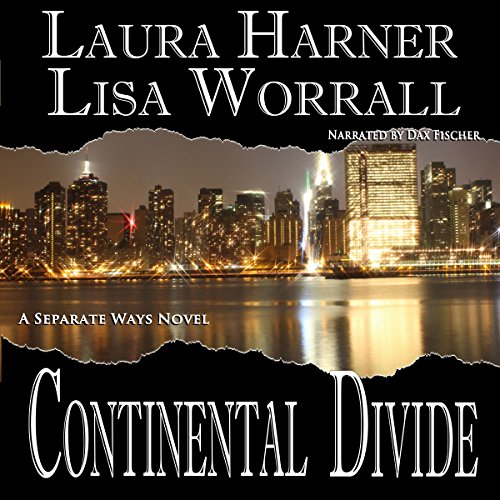 ***This is book one in a gay romantic suspense series.***

Detective Remington frickin' hates the missing persons detail, but a cold fury builds in the pit of his stomach when he realizes that over the past three months six boys have disappeared from the smaller communities that surround the greater Phoenix area. All reported to be runaways looking to escape their shitty lives, but Remy's starting to put together a different picture and he doesn't like it one damn bit.

Inspector Jamie Mainwaring stares at the six reports, willing them to make sense. Six boys, six months, all from just outside of London, which meant six different investigations. All of the boys were between the ages of ten and fifteen, all purportedly runaways from dysfunctional families. Something was rotten in Denmark.

There are always runaways. Every small town loses them--every big city collects them. Kids look for freedom and discover they have more to lose than they ever thought possible. London and Phoenix, culture and cowboys, nothing linking these two sprawling metropolitan areas. Nothing except a hit on a computer data search.

Two cops, one a cowboy, the other a Lord. A secret government agency, human trafficking, and a blazing hot mutual distraction.

This is the first installment in the Separate Ways Series. The books should be enjoyed in the following order:

I loved it, beautiful, romantic and heartbreaking. A must read/listen you just can't miss. Thank you.

This was such a treat to listen to. The first thing any listeners should know is that this story takes place over 4 books; so this one is only 25% of the story. The good news is that all 4 books are published. The bad news is that only this one is in audiobook so far. And that is really a shame because this is an AMAZING narrator. He is not reading the story, he is performing it. He really brought these characters to life, and not just the MC. As for the story, all I can say is I am committed to reading all four books. I bought the 2nd before I even finished this one because I knew I wanted to continue with this couple. The writing is great and the characters have warmth and depth. Jaime is an English Earl who has decided to somewhat reject the trappings of his birthright and become a Scotland Yard inspector. Remy is an American detective that can’t seem to fit in and has a traumatic past. They are brought together to uncover an international human trafficking scheme. The story does not evolve in the “traditional” mm romance way; which is why I am so intrigued. The narrator, who I think is British, performs wonderfully with both the very upper crust accent for Jamie and the American accent for Remy. Definitely worth a credit.

1. Dax Fischer is AMAZING! Just wow and whew and wow! From his American accent to his British accent, he was sexy and emotional and passionate and I so want him to narrate every story with characters from age 30 and up!

2. I'm not a big fan of stories that have as many sex scenes as this one does but I'll tell you what! When you have a great narrator, it's a completely different experience. Good grief Dax Fisher!!

3. Ok, so once the sex scenes slow down, you start to get the real story. And from the plot to the characters I was completely enthralled.

What a hidden treasure

I must say I wasn’t expecting such a good book. The narration was spot on perfect. The narrator did each voice so perfectly I couldn’t believe it. I’m sad at the ending however there are 3 more books. I hear it gets worse before it gets better. I wish the other 3 books were on Audible. If they ever do put the others on Audible please oh please use Dax Fischer to narrate the next three. He was perfect. My heart breaks for these two men.

overall the book was very good. the narrator did a excellent job at bringing the characters to life. was just disappointed with the end of the book

This book kept my interest and was completely different in some ways from my usual reads.

Excellent performance. I don't know if Mr. Fischer is British, but he did a bang up job. I like everything about it.

I am just a sucker I have decided...

I really enjoyed this, Laura. It turned out to be quite the read. and Dax, you did good. Listener, I kept this one. I say try it..it may not be your "cup of tea", but the subject matter is everywhere from funny to disturbing, loving to "Good God Really!?"..um, huh...

Since I get to enjoy books during my cross-country road trips, my only disappointment is that the sequels aren't yet available on audio.

Two authors, two books; one better than the other

The book is written by two authors, each alternate chapter is from the perspective of each of the MCs; one American, one British. The British chapters are very good, but the American ones are not good at all.

The American chapters are unconvincing, and sometimes laughable, for various reasons. The characterisation and internal monologues of the American MC are so trite and so overwrought that is is sometimes embarrassing to listen to. One wonders if this author has ever met a man, never mind one who is supposed to be so taciturn and guarded. Instead of showing us how he feels through actions, and allowing us to consider what his motivations might be, she has him tell us his every thought as though he were a teenage girl confessing her every thought in a hyper-emotional diary.

Similarly, his actions as a police officer are completely unconvincing. He is apparently able to take his firearms into the UK and to carry them on police business. There is no explanation for that. The police procedural aspects require a lot suspension of disbelief. The mystery aspect is not all that mysterious as the book signals who the culprits are very early on, and continues to provide not too subtle clues. We are left wondering how these supposedly ace detectives are able to completely miss the obvious when there are not even any other likely suspects.

The British chapters are much better. If the whole book had been written by that author it could well have been a good book. The scenes told from the British MC's point of view are not only more convincing on a practical policing level, despite the increasingly unlikely situations he finds himself in, but more importantly from the perspective of characterisation and emotional honesty.

There are also very irritating errors throughout. If one of your MCs is an aristocrat, it might be worth understanding that the aristocracy is not 'royalty', as is repeatedly said. And also knowing the appropriate terms of address. The MC is an Earl. Sometimes he is incorrectly addressed as 'Your Grace'. Sometimes this is corrected in the text, and other times not. His mother is also addressed 'Your Grace' or 'Her Grace' indicating that she is a duchess. This is never corrected. So we are left to assume the the MC's father is a living Duke. This suggested to me that there was a story line involving the Duke, the MC's father, coming up. It also opened questions about his absence from his son's life, and left us to speculate about why that might be. However, it later transpires that the father is dead and the mother is actually a dowager countess.

All this might seem pedantic, but it is just a clear example of the irritating lack of editing that diminishes the whole book. There are many other errors, including misuse of fairly common words. The misuse of hoi polloi stands out in my memory. This book really needed a capable and literate editor.

I would listen to other books by Lisa Worrall but not Laura Harner.

The narration by Dax Fischer is outstanding and I look forward to listening to more of his work. His English accent is by the far the best I have heard by an American on Audible, and particularly in this genre where they seem to have no care for the standard of accents in the narrations. Dax Fischer was almost convincing as a Brit. The give away was not that he slipped into an American accent, but rather that he occasionally went a bit too far with his pronunciation of words with the letter a in them, which an Englishman would actually pronounce in much the same way as an American. Otherwise he is an outstanding narrator. I hope he gets to narrate some better books for Audible soon.

The narration was wonderful! I hope Dax Fischer will be doing the rest of the series! I love Jamie and Remy, but they have a long way to go to their HEA.