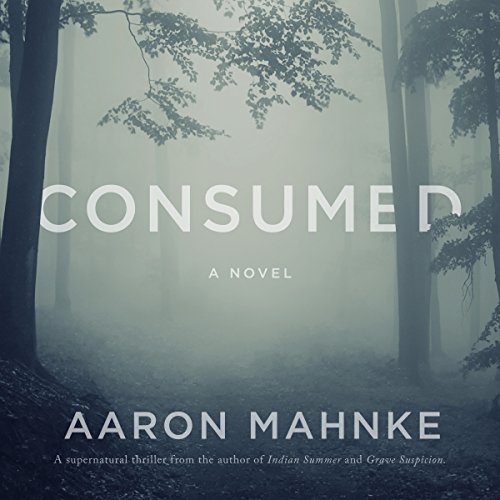 Aspiring author Ben Simmons hates imposing himself upon others, so when he breaks down in the small Rhode Island town of Kettering, he's forced to grit his teeth and lean on strangers for help.

It's not all bad, though. His temporary host could not be more accommodating, and the local librarian quickly takes an interest in Ben, as well as the research for his next novel. Though unexpected, his short stay has the potential to be enjoyable. But when he stumbles upon the second murder in Kettering within a week, he realizes his presence in town might actually be life-threatening.

Ben soon finds himself torn between leaving as soon as he can and his feelings for the alluring Ellen Hornsby. However, the longer Ben stays in town, the more questions he has. Who is the killer? How are these murders connected to similar crimes committed 30 years before? And why haven't the townspeople done anything?

As Ben's list of allies grows, so too does the threat that haunts the people of Kettering. Together, these individuals must set aside their differences and find the killer before the body count climbs any higher, but time is running out.

Something is in the woods, something hidden among the shadows that grow ever longer with winter's approach, and it's hunting all of them.

The narrator is not right for stories of this kind . He's slow and does not have the audience at the edge of their seats

I recently found Aaron Mahnke's podcast Lore and was immediately hooked. I binged on the over 60 episodes and then sought out his books. This was my first. I wasn't disappointed.

Parts were engaging and others fell short

The story is good, but loses flow for me during the climax. I wanted more development of the supernatural element. The ending leaves me interested, and wondering about a book 2. The main character is insecure at times then firm and confident others- leaving me a little confused.
The performance was distracting. Jack and the mechanic were great. Ben was inconsistent. Ellen came off 20 years older than Ben (perhaps she was). The flow was steady and nice, the editing was great.

The concept is really good! and some parts of the book were definitely creepy - but most of the story fell flat and the dialogue was so forced it took me out of the world of the book. I found it very hard to suspend my disbelief listening to this book.

This a solid story. It's classic Saturday night monster movie stuff that satisfies the kid in me that loves a good B flick. It does suffer from some inconsistencies in the character's behavior and the occasional POV slip but nothing that kills it. The biggest hang up may have been the narration. I'm afraid Jason Jewett's light tone didn't do much to bring out the atmosphere of shadows and dred Aaron Mahnke was creating with his words.

sorry I bought this, not good at all, kept thinking it might get better but it never did.

I am a serious Lore fan, and Aaron Mahnke is a great story teller. Thus I was expecting a great performance. Didn't happen. Jason Jewett does NOT fit this novel. So disappointed through the whole listen. I liked the story, however.

The story was good, if not a little predictable, but I like Aarom Mahnke and his Lore podcast so I wanted to give this a shot. it wasn't as deep on the lore and background as inwas expecting but the story was serviceable and the dialogue, though stilted and a little flat at times, was ok.
the narrator, though, was just ok throughout. there were times when he would run two sentences together making it hard to follow and other times there would be a slight pause between words when no punctuation was there. though I wasn't thrilled with his performance, it didn't exactly detract from the experience.

I love Aaron Mahnke's podcast, but I'm not a fan of his book. predictible and lacked differences in characters.

Consumption was a perfect "roadtrip book"

Good book for a mystery thriller of lore. These are books that give us historical thriller.

I didn't really care for the narrator much. However the book was ok. I enjoyed the story line.