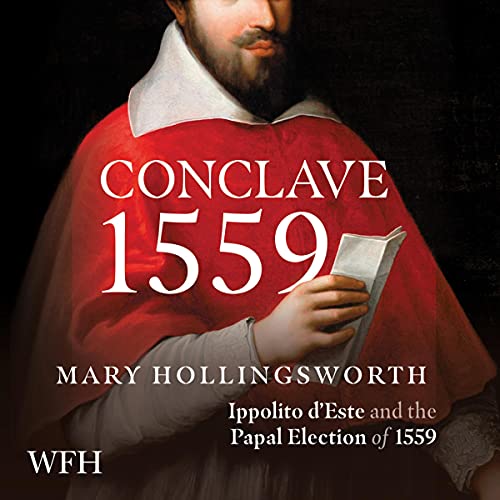 By: Mary Hollingsworth
Narrated by: Julie Maisey
Try for £0.00

Conspiracy, intrigue and faction-fighting as the future of Europe hangs in the balance: Mary Hollingsworth tells the extraordinary story of the papal conclave in 1559 - the longest and bitterest of the 16th century.

Tasked with choosing a pontiff to replace a previous incumbent (Paul IV) whose reign was marked by repression and brutality, and faced with the growing challenge of the Protestant Reformation, the conclave faced a critically important decision for the future of the Roman Catholic Church and was faction-ridden even by the standards of such polarised gatherings. France and Spain, both looking to extend their power in Italy and beyond, had very different ideas of who the new pope should be, as did the Italian cardinals.

Making meticulous use of the detailed accounts left by Ippolito d'Este, one of the participating cardinals (and the son of Lucrezia Borgia), Mary Hollingsworth relates the intrigue and double-dealing of the different parties trying to secure the required number of votes over the four months of this lengthiest of 16th-century papal elections.

What listeners say about Conclave 1559