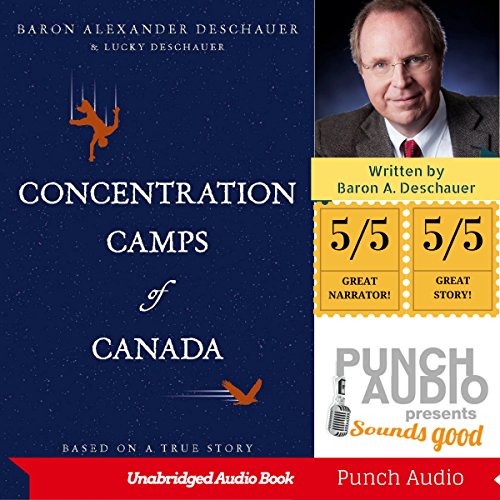 Imagine a world where everyone lives in harmony. A world where square miles of farmland are given to settlers in exchange for them agreeing to move there. A world of freedom, laws, and opportunity.

That world is Canada, then and now.

Unknown to the world and its citizens, that same government waged a genocidal war against its Indigenous peoples - never granting them ownership of land they freely gave to European settlers. A war that was fought in residential schools as they stripped Indigenous peoples of their language, culture, and pride. So successful was this method that Adolf Hitler used it as the model for his own concentration camps in Nazi Germany.

This is the story of a young boy growing up in that world, determined to be a man in a system that only saw him as an Indian.

Based on the truth.

What listeners say about Concentration Camps of Canada

I was captivated from beginning to end. Could not put the book down. Every Canadian needs to read this book. The prejudices I carry were revealed and stung my heart as a Winnipeger. The performances were well done and added to the impact of the story.