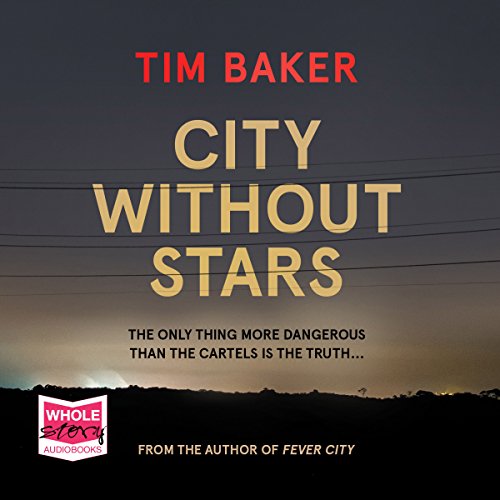 In Ciudad Real, Mexico, a deadly war between rival cartels is erupting, and hundreds of female sweatshop workers are being murdered. As his police superiors start shutting down his investigation, Fuentes suspects most of his colleagues are on the payroll of narco kingpin El Santo.

Meanwhile, despairing union activist Pilar decides to take social justice into her own hands. But if she wants to stop the killings, she's going to have to ignore all her instincts and accept the help of Fuentes. When the name of Mexico's saintly orphan rescuer, Padre Márcio, keeps resurfacing, Pilar and Fuentes begin to realise how deep the cover-up goes.

"An exhilarating and kaleidoscopic novel that will also break your heart." (Stav Sherez, author of A Dark Redemption)

"City Without Stars is an intelligent thriller that moves at a breath-taking pace." (Nicolas Searle, author of The Good Liar)

What listeners say about City Without Stars

Good, strong characterization. Individuals caught in currents of the violent movements of struggle and survival, bloody rip currents of forces beyond their individual controls.

Slightly let down by a small quantity of politically correct, metaphysical ramblings. A few weak plot flaws and an ending, perhaps not completely worthy of the book itself. Thus the 4* for the story and 4* overall rating.

Narrator an excellent and well-chosen fit for this writer's style and purposes. An audible book well worth your time.