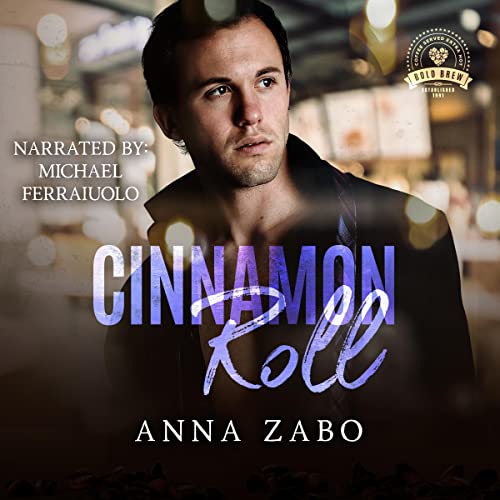 By: Anna Zabo
Narrated by: Michael Ferraiuolo
Try for £0.00

This cinnamon roll has plenty of bite!

Maxime Demers has had an eye on Tom Cedric for a while, watching him flit from one awful man to another. So when Tom pins an ad to the community cork board at Bold Brew, Max can’t resist reading it. Tom’s looking for a play partner - someone who’s not a jerk - and Max knows he could give Tom what he needs. But first he’ll have to get the man to talk to him.

Tom Cedric thinks Max is way out of his league. He’s handsome, intelligent, speaks a billion languages, and can make a person kneel with a single look - too damn good for someone like Tom. But he can’t resist the temptation to talk to the man he’s had a crush on since the moment he laid eyes on him.

The connection between them is immediate, hot, and tempting, and when Max needs a replacement helper for an impact demo he’s giving, Tom jumps at the chance. A demo should be safe, right? A few hours. Clothing on. No stakes. Neither man is prepared when that spark ignites, and Tom is absolutely unprepared to discover the sweet man behind those dominating looks.

Cinnamon Roll is a stand-alone novel in the Bold Brew shared universe, centered around an inclusive coffee shop in a fictional small city. Each steaming-hot coffee-shop romance can be enjoyed alone, but collect all 10 for the most fun!

This twist on a second-chance romance is a cup of steaming-hot scenes, a dusting of angst, plenty of fluff, and a guaranteed happy ending!

What listeners say about Cinnamon Roll

this is one of the best book i have listened to this year, i love the two mc in this book and the road they take to build there relationship with a little kink throw in this is a must listen to and michael did a great job like always