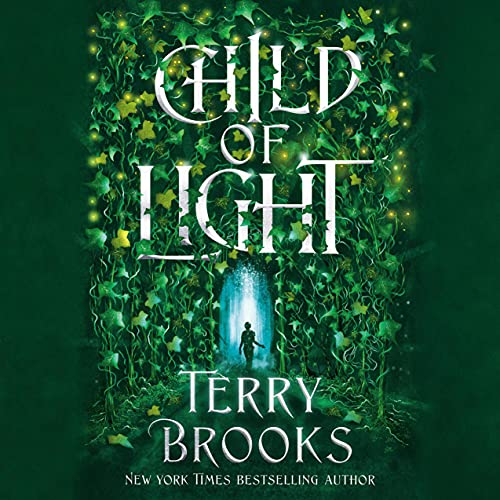 By: Terry Brooks
Narrated by: Jeremy Carlisle Parker
Try for £0.00

The electrifying first novel of an all-new fantasy series from the legendary author behind the Shannara saga, about a human girl struggling to find her place in a magical world she’s never known

“Enticing...Brooks' fans will be thrilled to have a new series to savor.” (Publishers Weekly)

At 19, Auris Afton Grieg has led an...unusual life. Since the age of 15, she has been trapped in a sinister prison. Why? She does not know. She has no memories of her past beyond the vaguest of impressions. All she knows is that she is about to age out of the children’s prison, and rumors say that the adult version is far, far worse. So she and some friends stage a desperate escape into the surrounding wastelands. And it is here that Auris’ journey of discovery begins, for she is rescued by an unusual stranger who claims to be Fae - a member of a magical race that Auris had thought to be no more than legend. Odder still, he seems to think that she is one as well, although the two look nothing alike. But strangest of all, when he brings her to his wondrous homeland, she begins to suspect that he is right. Yet how could a woman who looks entirely human be a magical being herself?

Told with a fresh, energetic voice, this fantasy puzzle box is perfect for fans of Terry Brooks and new listeners alike, as one young woman slowly unlocks truths about herself and her world - and, in doing so, begins to heal both.

What listeners say about Child of Light

Terry does it again

I have been reading terry brooks since discovering his books in a train station book shop way back in 1988 and have been reading them ever since , a content companion into imagination and escapism long may it continue, highly recommended

I don't usually stop half way through an audiobook

I just couldn't get into this book at all. The constant whining of the main character drove me to quit. The narrator tries her best but she just sounds miserable because that's what the character is. The whole "I've just met this guy but I love him" trope is pretty ridiculous to me. Her knowledge, for someone with no memory of her life before being locked in prison, is just stupid and unbelievable.

Too many clichés, an instantly dislikeable main character, and side characters who annoy more than please, are not something I look for in a good audiobook. Every "twist" that happened could be seen by a blind man a mile away.

I'm sure some people will like the book. It's not badly written, if you like teen love fiction, but just not what I expect from a good fantasy novel.

Wow. From the maker of Shannara, comes this brilliant fantasy novel. The characters are rich and complex, the story fascinating. This is definitely top tier Terry Brooks. I hope to return to this world.

This was a well written and pretty solid story. The bones of the story are nothing new, but the details were nice. The story was something of a soap opera, so if you enjoy tons of tension and a constant curiosity to understand certain facts about the main character's history, then you will like it quite a bit. For me, the constant threat of one boogyman or another spoiling her happiness prevented me from enjoying the story, but others may like that sort of thing. The ending, at least, was satisfactory and fit the story well. Overall, I liked listening to it but didn't necessarily enjoy it, if that makes any sense. I'd say overall it is worth a listen if it sounds interesting to you.

This book was a mix of heartache and triumph. The twists and turns the story took were an amazing ride through a wonderful new view of what the battle between humans and Fae would be like. You really hated the bad guys, cheered for the good guys and cried for the fallen that were lost along the way.

It is written about a 19 year old girl but with a style more suitable to 14 year-old maturity. I love Terry Brooks, I have thrived on the Shanara series and all related novels. I’ve read them all, and anxiously await new arrivals. But I couldn’t get through more than 4 hours of this. Some may say I didn’t give it a chance. However I had to return it, because I could go no further. I gave it two stars out of respect for one of my all-time favorite authors. I think he missed the boat on this one. I sincerely hope that those who powered through it are rewarded with satisfaction. I judged it early I admit.

Boring and late to the party in an overcrowded YA

Utterly uninteresting with boring characters in a boring world with predictable villains. The magic is bland. This feels like it could be set in between the fall of man and the beginning of the world of Shannara, but it simply fails to be interesting.

The worst book by Terry Brooks

I am a huge fan of Terry Brooks but this is a terrible book that had me rolling my eyes at a sappy and silly love story that had zero character development. It was super dumb and I am amazed I even managed to finish this before book that failed to address: medical experimentation, who the internal traitor is, how goblins kept showing up to find the main character in the fae world but the humans needed a tracking device in her blood? Also, do the fae have livelihoods besides watchers? Because she just shows up and gets a free house, free food and free clothing without any expectations she will do anything in return for the community.

All I can say is "Outstanding !"

I have been a fan of Terry Brooks for the last 40+ years. Now I am a fan of the wonderful narrator Jeremy Carlisle Parker. She narration brought life to the story with a true sense of emotion.

Not up to standard

This book was a slight disappointment for me. it's not up to Terry Brooks standard. The storyline is good but the story is too wordy in places - it repeats the same information over and over again. There are several places in the story that should have been caught by the editors because things don't jive - for example there are places during fight scenes that the staff is lost knocked out of the hand but in the next paragraph she uses the staff to create magic. When did she find and retrieve the staff? I love Terry Brooks but I think this book was a rush job and should have been edited better. I truly look forward to seeing Terry Brooks write more books and I did enjoy the basis of the story but please do some better editing.

The narration was bad. Could not focus on the story. I was not able to get through the first 10 minutes. Wasted a credit.

Has the feel of a young teen romantic book. Think along the lines of the twilight series. All done from first person of the heroine. Not for me. Have 3 hours left and can’t wait for it to be over. :(