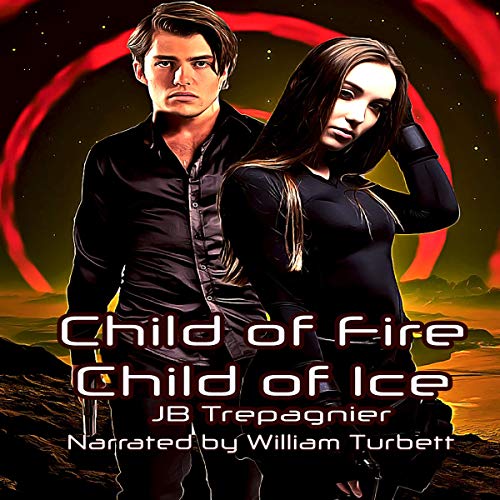 Child of Fire, Child of Ice

By: JB Trepagnier
Narrated by: William Turbett
Try for £0.00

Cendis and Avala. A planet of fire and a planet of ice.

The humans who settled there after fleeing Earth noticed physical and supernatural changes as time went on. After war broke out between the planets, they seemed to be cursed by their gods. Cendis lost fire, and Avala lost ice. A truce was called, and both planets cut off contact except for secret factions. The factions have discovered a paradise planet. The night they intend to bring it to the king, a celestial event occurs. The king on both planets and all of his advisors abruptly die, and all of their wives, no matter what their age, suddenly fall pregnant.

The 32 children are special. They have fire and ice as well as mental gifts. The faction hides them and trains them in secret. The alliance between Cendis and Avala on the paradise planet rests in the hands of the Cendian prince and the Avalian princess and a special bond they are supposed to have. But when the Avalian princess sneaks into Cendis disguised as a slave, things go wrong. Things that threaten the lives of both groups of 16 and could destroy both planets.

Child of Fire, Child of Ice, like an adult His Dark Materials.

What listeners say about Child of Fire, Child of Ice

I loved this book, it was action packed, full of intrigue and steamy romance and plenty of imaginative plot twists that kept me guessing what was coming next. Isolde and Elan were strong compelling characters that despite everything stacked against them, managed to find love and a special bond that could save both their races. A fantastic, imaginative story that kept me hooked to the end, and presented by William Turbett's great narration, this was a great start to the series and I can't wait to start the next book. I received this book in exchange for my honest review.