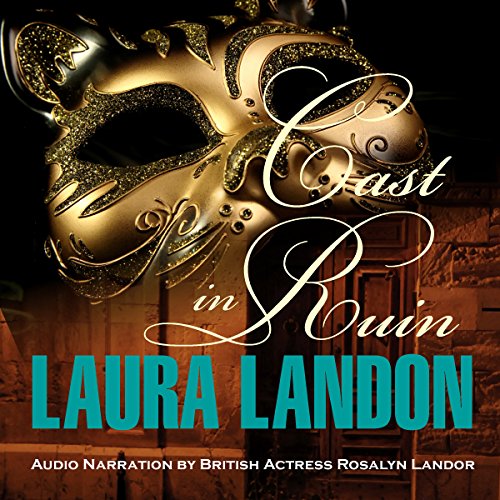 Benjamin Waverley, second son of the Duke of Townsend, knew he'd never marry. How could he? The moment some unsuspecting female took his name, the world might find out the despicable secret his family had been keeping and he'd be ruined. As far as he was concerned, his lot was cast. He would play the rake and that would be that. Until his father forced his hand in a marriage he knew would destroy not only him but his brilliant and beautiful bride.

Lady Rachel Newton, daughter of the Earl of Kendrick, refused Benjamin Waverley's proposal not once but twice. He'd never have offered for her hand if he'd known the secret she kept from the entire world. Even her parents didn't know. Her weakness had ruined her once, but if her greater secret were found out her entire family would themselves suffer ruin. She wouldn't have it. But then, the matter wasn't hers to decide.

What listeners say about Cast in Ruin

The narration was fantastic.

But the story used so many so strong plot devices but nothing resonated. I did bond with the characters nor found anything believable (even with the pinch of salt given to any historical romance).

There were just too many events that did not drive the plot and big stuff resolved in an unengaging way.

Love story. Listen non stop to end. Hope there is a follow up. Looking forward.

This is a most enjoyable book. Lord Benjamin is told he must marry Lady Rachael or his funds will be cut off. Lady Rachael is a ruined woman and this would be her only hope of getting married. Each of these young people hold a secret which they are guarding. If the truth comes out they would be ruined. The marriage turns out better than they think it would but they still have their pasts hidden. There is a great deal of intense times, but thankfully the author does not let the angst drag on forever. The story kept my interest the entire time and kept me up late at night to finish. It was worth it. The reader is very good, as always.

Fell in love with the characters...and the story.

Laura Landon is a new author for me and I've found her stories clever and imaginative. Her characters are real and likeable. And I love the way Ms Landon adds suspense that is not totally predictable. And of course Rosalind Landor makes this book perfect. I will certainly listen to this one again....and again. Thank you, ladies.

This series needs to be read in order!

Great suspense and continuing angst regarding this family's SECRETS.
In today's society we still have not learned YET that family secrets always get out and create worse problems...

Roslyn Landor is a fantastic and very talented Narrator. Her brilliant story telling makes you listen to the Book.

I enjoyed this book. I read book 1 of the series and that was pretty good as well. Not sure I'll read the 3rd book of the series. These books contain lots of secrets, murders, and lies, kidnap and blackmail.