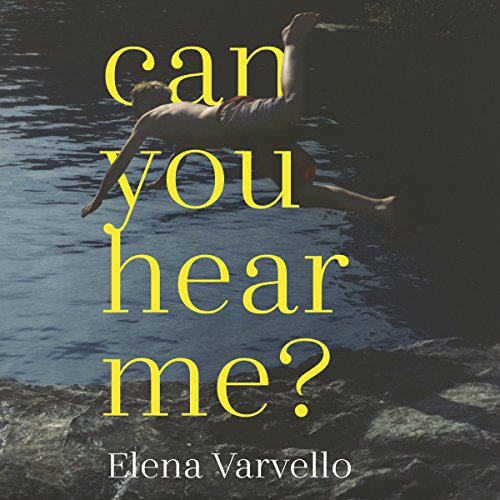 Can You Hear Me?

A riveting coming-of-age story, told with the breathless precision of a Hitchcock noir by a masterful new voice in Italian literature.

'I knew nothing, back then, of the ways in which love can show itself, of the force with which it can push us into a corner and take our breath away.'

It's 1978. Ponte, a small community in Northern Italy: peaceful woods, discarded rubbish, a closed-down factory. An unbearably hot summer like many others, wilted flowers and trips to the waterfalls. Elia Furenti is 16, living in a secluded house with his parents, a life so unremarkable that even its moderate unhappiness has been accepted as normal. That is until the day the beautiful, damaged Anna returns to Ponte and firmly propels Elia to the edge of adulthood. But then everything starts to unravel. Elia's father, Ettore, is let go from his job and loses himself in the darkest corners of his mind, spending day after day plotting his revenge.

A young boy is murdered, shaking the small community to its core.

And a girl climbs into a van and vanishes in the deep, dark woods....

Translated from Italian by Alex Valente.

"A world of suspense à la Hitchcock." (Gaia Servadio)
"The best Italian novel of the year." (Fabio Geda, author of In the Sea There Are Crocodiles)
"A book to get lost in." (Paolo Giordano, author of The Solitude of Prime Numbers)
"One of the most beautiful, intense and original books I have encountered in my life." ( Huffington Post Italy)

What listeners say about Can You Hear Me?