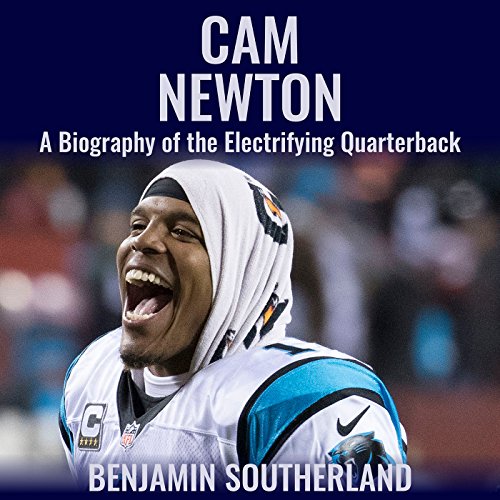 Cam Newton: A Biography of the Electrifying Quarterback

Learn about the inspirational story of Cam Newton

In Cam Newton: A Biography of the Electrifying Quarterback you will learn about the life, professional career, and accomplishments of Cam Newton. In just five years in the NFL, Cam Newton has become the league's most dynamic-and perhaps its most dominant-player. He plays with the reckless abandon and pure joy of a child, because when it comes down to it, he's a kid at heart. But even though he's sometimes portrayed through a negative lens by the media, that heart he has is made of gold, and there's nothing that's going to stop him from making himself, and his fans, better. Here's the story of Cam Newton, from his current successes to his controversies to his goals and aspirations, and how it all began with one dream-his dream-to play in the NFL.

What listeners say about Cam Newton: A Biography of the Electrifying Quarterback