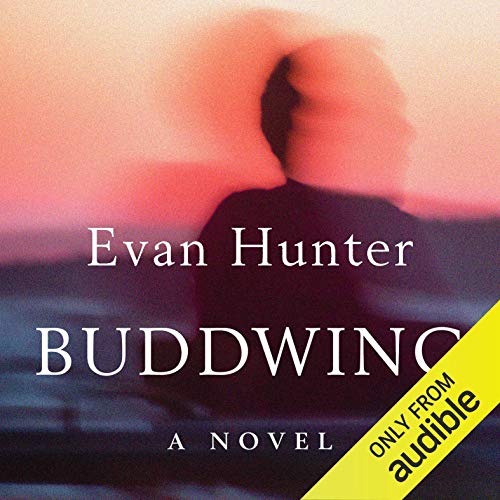 An amnesiac hunts for his lost life in every corner of New York City in this “brilliant” (Chicago Tribune) novel from the best-selling author of The Blackboard Jungle.

Sunrise in Central Park. A man wakes up on a park bench with no idea who he is or how he got there. The only clues to his identity are the gold ring engraved “From G.V.” he wears on his right hand and the black address book with a single phone number he finds in his jacket pocket. Lacking a name, the man takes one from a passing beer truck and a plane flying overheard - Buddwing, he decides to call himself.

For the next 24 hours, Buddwing searches Manhattan hoping to rediscover his missing life. But no matter where he looks or whom he talks to, the past remains a confusing, disconnected jumble. One key name, however, echoes through the dim corridors of his mind: Grace.

Unfortunately, there is no grace to be found in the sprawling city. From the pretty young college student who brings him to her Greenwich Village apartment to the drunken sailor on shore leave who shows him a wild time in Chinatown to the wealthy, disillusioned blonde who claims him as a treasure-hunt prize, no one Buddwing encounters has the answers he seeks. Weary and desperate, he fears the life he’s forgotten is too terrible to recall. But even the most painful memory has to be better than the emptiness of not knowing. Or does it?

A vivid, kaleidoscopic portrait of 1950s New York City and a “fascinating exercise in the workings of the psyche” (St. Louis Post-Dispatch), Buddwing was the basis for the Academy Award-nominated film Mister Buddwing starring James Garner, Suzanne Pleshette, Jean Simmons, and Angela Lansbury. Evan Hunter’s personal favorite of his many novels, this masterpiece of psychological fiction moves with dreamlike intensity toward a shattering and unforgettable conclusion.

What listeners say about Buddwing