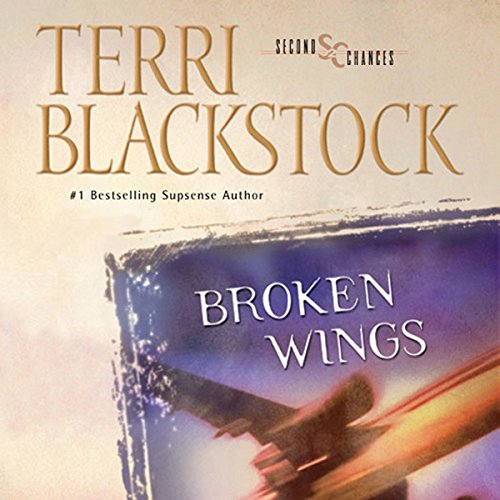 Among the 151 people who died in the crash of Flight 94 was Mick Hammon, the plane's captain and Erin Russell's close friend. A pilot herself, Erin now struggles with the shattering losses both of her friend and of her own confidence in the cockpit.

With pilot error speculated as the cause of the accident, Erin fights to save Mick's reputation for the sake of the family he left behind. But that fight pits her against Addison Lowe, the crash investigator. Like Erin, he is determined to get at the truth of the disaster. But his conclusions could ruin Mick's good name and the future of Mick's family.

Clashing over the details of the disaster, Erin and Addison discover an unexpected, mutual attraction for each other. But it could go down in flames as the investigation spins out of control. Broken Wings is part of the Second Chances series by award-winning suspense novelist Terri Blackstock. Combining fast-paced reading with realistic characters and situations, Second Chances takes readers to where the conflict between good and evil becomes the proving grounds of faith.

What listeners say about Broken Wings

I cannot believe the bad comment when I first looked at the books before I bought them, saying they were not your best, or only take of free. This was a riveting story, with lessons of pride and fear, and how destructive they are, but God is merciful and rescues us when we really don't deserve it. Well done Terry for the lovely stories, and Sandy for your narratorship. God bless

Sorry Ms. Blackstock, but this book is not worth a credit or any other means of payment. The only way I would recommend spending time listening to this book is if it were free. Simply put this book was not interesting at all. The whole story centers around the main character who tends to get unbearably whinny when things don't go her way. Quite frankly, she made the story almost impossible to listen to. I gave this book two stars because I at least finished it.