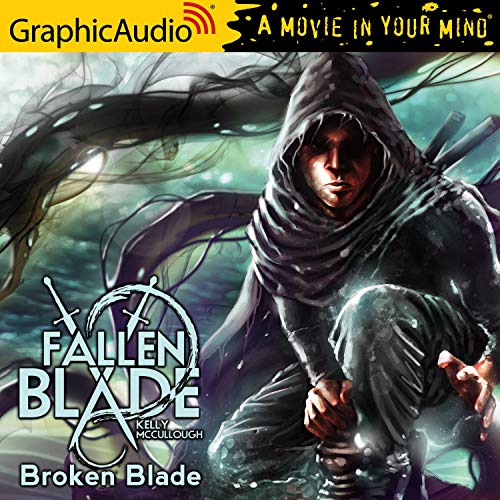 Once a fabled Blade of Namara, Aral Kingslayer fought for justice and his goddess alongside his familiar, a living shadow called Triss. Now with their goddess murdered and her temple destroyed, they are among the last of their kind. Surviving on the fringes of society, Aral becomes a drunken, broken, and wanted man, working whatever shadowy deal comes his way. Until a mysterious woman hires him to deliver a secret message - one that can either redeem him or doom him.

I have always wanted this series in graphic audio. thankfully it showed up on this site. random words to fill the requirements so I can hit send.