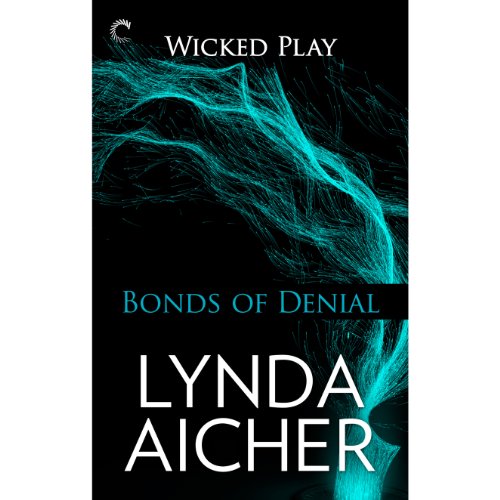 By: Lynda Aicher
Narrated by: Decklan McKenna
Try for £0.00

It's been 20 years since Rockford Fielding's father punished him for kissing another boy. Now a grown man with a military career behind him, Rock continues to deny his true desires, even while working security at The Den, the most decadent sex club in town. But after a year of watching gorgeous Carter Montgomery come and go on the arms of other men, Rock can no longer resist the cravings he's denied for so long.

Carter has just four months left on his contract with an escort agency, and he doesn't know whether to feel relieved or afraid. Being an escort is all he knows. Adding to his confusion is the way his latest client, the sexy but stoic Rock, makes him feel things he hasn't wanted in years.

One charmingly awkward date turns into two and soon the men are meeting off the clock. But with Rock in the closet and Carter unsure how to pursue a real relationship, how can they build a future both in and out of the bedroom?

What listeners say about Bonds of Denial

A wonderful story, full of hope and love.....

I would love this author to do more m/m if this particular story is an example of the quality of her writing. It’s not all sex and no storyline, absolutely loved it, I also liked the narrator but am quite convinced that he read most of the story with a heavy cold, so 4.5 stars for Mr McKenna.

You’ve all heard the one about the male escort with a heart of gold and a few self-esteem ‘issues’ and the former DADT army hacker who’s so repressed and in the closet, he’s been denying his feelings for men for over half his life?? No?? Well, let me wholeheartedly recommend this story to you…5 stars from me.

Carter is 31, a classy male escort who has been in the business for nearly 10 years now and is so tired of being well paid to ‘service’ his clients, he’s more than ready to retire, he only has a few more months left on his contract and then it’s goodbye to the only world he’s known for quite some time. What he'll do when he ‘retires’ he has no idea, but the very idea of being free from his contract is enough to make him feel queasy and extremely nervous. He's had no problems keeping his private life and his 'business' life separate until he meets Rock, and suddenly feelings become involved.

Rock is in charge of security at the club and has been following Carter’s weekly exploits with a regular client….Carter is hot and Rock is attracted to the guy even before they meet in person. He's engineered a 'date' with Carter at a very expensive hotel BUT will Rock be able to loosen up enough to just go with the flow and enjoy himself?? All Carter knows is that a mystery client has bought a few hours of his company and when he finally gets to meet Rock, he's immediately drawn to him. Rock on the other hand is so nervous, his brain practically seizes up and he's reduced to monosyllabic responses to Carter's questions and eventually makes his apologies and escapes which leaves Carter more puzzled than before. The guys do get together again a few days later after Rock eventually pulls his big boy pants on and invites Carter to a hockey game where things go really well. I’ll leave this review here.

Is Carter brave enough to leave the security of his escort 'job' behind and take a chance on something new in his life and an actual relationship without letting his past 'life' interfere?? Is Rock finally able to distance himself from his unhappy past, and the guilty feelings he has from being in the closet, and hopefully grab himself some happiness despite his family and former employers?? Discover for yourselves dear readers/listeners.....

Would you listen to Bonds of Denial again? Why?

Yes, I love the series

What does Decklan McKenna bring to the story that you wouldn’t experience if you had only read the book?

Yes. I couldn't help but feel for Rock & Carter with both of there problems just a shame we still live in a world that if they're gay they have to hide

McKenna's voice is rich and compelling but, unfortunately, the story gets boring after a promising start. The scenes between Rock and Carter are repetitive and as a listener, I was stuck with that. At least with an ebook or hard copy, I can skip those parts easily. Not possible with an Audible audio because I don't even get chapters and it's a pain to get to where I want, or return to my last spot.

There are heaps of better rent-boy/hooker stories out there.

I waited a long to buy this book. I've listened to all the others in this series. I'm sorry I waited so long.
I really didn't think I'd like a gqy man's novel, but boy was I wrong. The story is so well written. Dealing with all the struggle of society's views and coming out and how will your patents take it. The romance is hot!
I'm glad the author chose a male narrator for this story. He did a good job. I wished for a little more difference in the characters though. And, quite frankly, he sucked at the female voices, but there aren't that many in this book so it wasn't to hard to over look.
Great love story of learning who you are and what you want and how to trust.

The characters a retired military man who works at the Den and drools over a sought after escort and trying to face his demons, the twist is who is actually helping who? They both need each other and become stronger together. I wished this book was longer I hope their is a part two or a back history on the escorts perspective.

Too many to list. The love scenes were hot however just them coming together for the first embrace was enough. The author doesn't rush their feelings it grows on you.

I listened twice back to back because I was so drawn in that I started searching for other male on male romances. Lynda your fabulous and keep writing this series. It's definetjy not a repeat of the same novel over and over again.

The best coming out of the closet military book ever.

The narrator of this book made this book very intriguing.

What was one of the most memorable moments of Bonds of Denial?

The most memorable moment in this book was when Rock came out to his family and was shocked by his father's response.

I loved his tone!

If you could rename Bonds of Denial, what would you call it?

The characters are very well written. You have here a book with a very big taboo. And is written in a way that there is no presumption. The sexual scene were extremely well written.

What was one of the most memorable moments of Bonds of Denial?

When both characters finally connect.

Which character – as performed by Decklan McKenna – was your favorite?

This book made me feel in love.
Both characters are so great. Declan's narration is deep and smooth.

Dying to hear the next installment of this series.

Bonds of Denial is a good story, but it moves very, VERY slowly. There are extended passages where I was ready for the next thing to happen. I don't think it's best described as an erotica title, it's a slow-burn romance that focuses much more on the conflict than the sexual relationship.

Would you be willing to try another book from Lynda Aicher? Why or why not?

I would read another title by this author, if it's another M/M romance.

Which character – as performed by Decklan McKenna – was your favorite?

Decklan McKenna's performance elevates the material, and makes the slower passages easier to take. This was a really great read. The two main characters had very distinct personalities and voices- sometimes I can get lost in a book about two men because I can't tell who's talking when. That wasn't a problem here.

The section where one of the characters returns home to face his family was really quite moving and sad. Certainly not the experience I expected from this title.

A thoughtful coming out story of a military man

i love L.A's character development and that they are complex and yet brave. i absolutely love that her characters are full adults. Each subject she tackles, in this case adult shame of ones orientation, and the bravery it takes to present your authentic self gives me satisfaction. She writes amazingly detailed love/sex scenes that include the ridiculous things that happen in real life.
(wait till you get to the coffee beans, i have been that person.)

My favorite in the series

I have enjoyed this series, and am re-reading it now. I love the guys in these stories, but some of the women are a bit weak and at times clueless. Rock and Carter are both strong individuals, for sure with issues, but in the midst of working them out they still manage to be tender, hot, and strong.

I also thought Declan McKenna did a great job narrating.

This is so sweet. I liked all of these books but this one was especially good.

This book was beautiful. It had lots of deep emotions and struggles. The narrator did a great job. I loved how the author brought everything together in end.