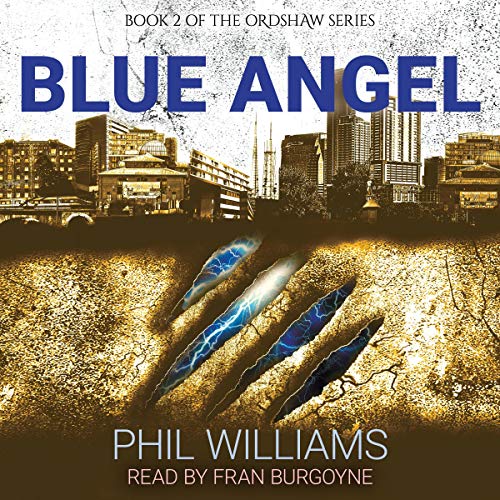 She’s touched the underworld. Can she survive its legacy?

Waking on an unfamiliar floor, Pax is faced with two hard truths. A murderous government agency wants her dead - and monsters really do exist. What’s more, her body’s going haywire, which she desperately hopes isn’t a side-effect of her encounters in the city’s tunnels.

To survive, and protect Ordshaw, she’s got to expose who, or what, is behind the chaos - and she can’t do it alone.

But with only the trigger-happy Fae to turn to, Pax’s allies might kill her before her enemies do....

What listeners say about Blue Angel