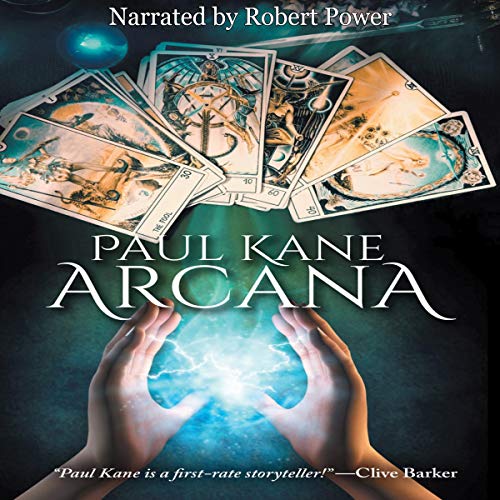 In an alternate world where real magic exists, its practitioners are hunted down by police officers called M-forcers. But some groups are fighting back!

Callum McGuire is a new M-forcer who once worked the quiet streets of London. As an orphan, Callum has been brought up to believe that all magic is evil, but the more he sees of The M-forcers’ cruel methods (implemented by General Nero Stark, and his second-in-command Sherman Pryce), the more he begins to question whether or not they are right.

And when he unwittingly encounters a member of the rebel group called Arcana, he’s introduced to their world and realizes that nothing will ever be the same again.

Join award-winning and bestselling author Paul Kane (the sell-out phenomenon Sherlock Holmes and the Servants of Hell, the Hooded Man series, and the bestselling Before) as he shows you a kind of magic you’ve never seen....

What listeners say about Arcana

I'm a big fan of this genre, and this book is a great example of when it's done really well. Fast paced, dark and interesting, with wonderful narration by Robert Power.