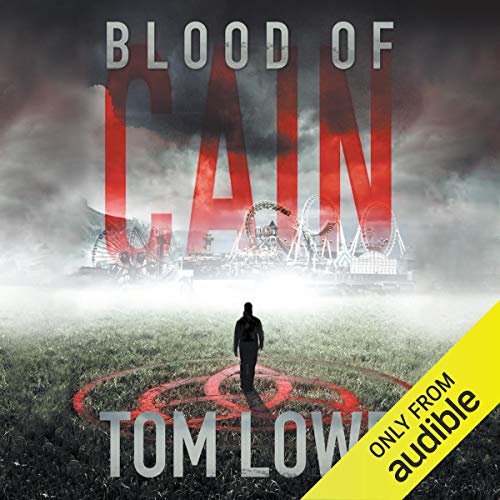 By: Tom Lowe
Narrated by: Michael David Axtell
Try for £0.00

When Courtney Burke appears at Ponce Marina on a humid summer morning, she leaves Sean O’Brien with a haunting tale. Her story could lead O’Brien down a path that began with a brutal crime 40 years earlier and hidden family secrets spawned from the desecration of the innocent. O’Brien learns that Courtney is linked to a series of carnival murders. Police are convinced she’s a serial killer, and all of her victims are men. But like the illusions found in the carnival’s house of mirrors, nothing is as it appears. Just beyond the looking glass is where evil watches from a one-way mirror. When Courtney faces a conviction for murder, O’Brien remembers something she told him, something so strange he’d originally dismissed it. To alter the future, to save Courtney’s life, O’Brien must penetrate dark deeds that began in a church 40 years earlier.

What listeners say about Blood of Cain

This was by far the best in the series that I have read so far! Loved the storyline and as usual Michael David Axtell narrated it beautifully! I would definitely recommend this book to friends!

I'm disappointed in Blood of Cain because...

...it is not up to the standards of the other five Tom Lowe novels to which I have listened. The author tries too hard to unsuccessfully play on the listeners emotions. Ultimately Blood of Cain is about protagonist Sean O'Brien's birth family (he was adopted) who he had never met. Author Lowe also stretches credibility beyond the breaking point on several occasions; for example, he has O'Brien kill a man 150 yards away with his last bullet from a hand gun despite high velocity winds. Michael David Axtell has done a wonderful job of narrating this series. I down rate him to 4 stars because he mispronounced some place names that he should have checked.

The women in these books need to have more substance. They need to have more depth/development than to just be there and be so enamored by the main guy. A little more background of the women would be nice. The story (excluding the women) is actually quite good.

I truly can't complain about anything with this story. Tom Lowe does push credibility to the limit at times but it only adds to the excitement of the story. Michael Axtell is amazing and so entertaining. I'm delighted that the stories are getting a little longer. This one was perfect IMO.

Tom Lowe does not disappoint, he is quickly becoming one of my favorite authors. Ever since I read False Dawn , I have loved the Sean O' Brien series.

The first few pages of The Blood of Cain almost made me turn the audio off and stop listening . . . it disturbed me so much. Wow . . . I’m so glad that I didn’t. It set the stage for the best book in the series so far. Every time that I think that Tom Lowe has put forth his best effort, I’m forced to think again. The Blood of Cain hit me hard. Traveling carnival workers being murdered and a lovely young woman, Courtney Burke on the run, send Sean O’Brien on the search of his life. Long buried secrets threaten to topple a presidential nomination, and the ugliness of power and money once again put a stranglehold on Sean’s search for the truth. Sean’s old friends, Dave and Nick from the marina urge him to back away from this, sensing the evil involved. But Sean can’t. How does Courtney know about Sean’s unusual birthmark? Who is she? Don’t miss this one . . . it’s the best of the best . . .

Very entertaining! Fabulous narration and an intriguing plot with lots of twists and turns! Great listening!