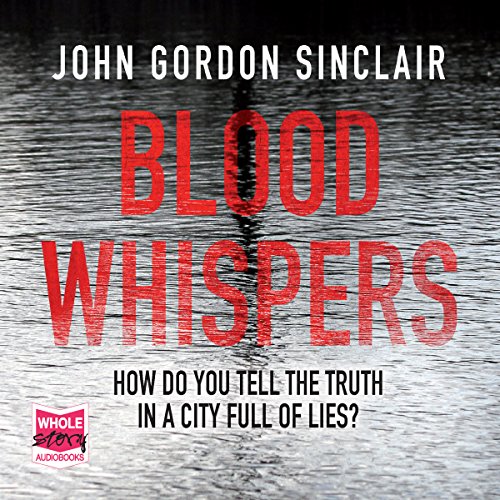 Kaltrina Dervishi is a prostitute on the run from Serbian gang leader Fisnik Abazi. The police want her to give evidence against him; Abazi wants her dead. Only her lawyer, Keira Lynch, can keep that from happening. What they don't realise, though, is that Keira isn't your typical Glasgow lawyer. When she was eight years old, she killed a man, and as they're about to find out, she's at her most dangerous when threatened.

"The language is fierce and unwavering, and the two protagonists, both strong women, are beautifully drawn." ( Daily Mail)
" Blood Whispers is Sinclair's coming-of-age thriller.... [It] secures him a safe berth in the pantheon of exciting, hard-hitting Tartan Noir authors." ( Evening Post)

What listeners say about Blood Whispers

Really enjoyed listening to Blood Whispers! The narrator is perfect for the story and I can't wait for John Gordon Sinclair's next release.