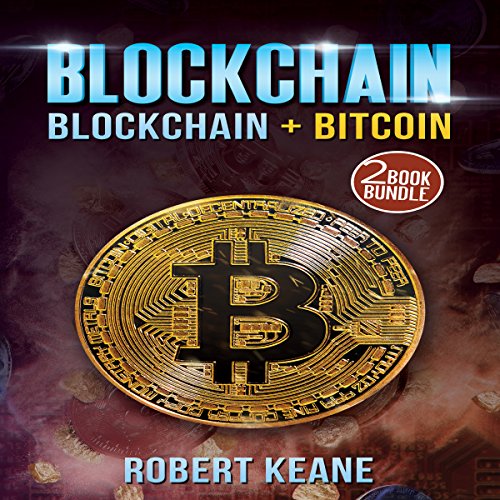 Cryptocurrencies like Bitcoin are fascinating, and if someone is able to do their own solving of the algorithmic puzzles and mining of the Bitcoin, there is even money to be made. However, as interesting as the idea of cryptocurrencies are, the ways blockchain technology will immeasurably alter the methods in which the world shares information are incredible.

Blockchain technology has broken out into the mainstream and is currently bending and breaking the rules in almost every imaginable industry worldwide.

Inside this book you will read about:

Bitcoin: The Currency of the Future:

You have probably heard of Bitcoin. It has garnered a lot of attention lately, both among Bitcoin enthusiasts and in the mainstream media. There is a lot of hype surrounding Bitcoin. It has been featured in news and periodical articles, as well as television shows. It seems to be a buzzword that is quickly becoming embedded in popular culture. Many people have heard of it and know that it is a "virtual currency", but what does that mean? What is a virtual currency? What is Bitcoin even good for, and how can you use it?

Bitcoin is a virtual, peer-to-peer currency that is not regulated by any government. It does not exist in hard forms, such as cash; rather than being minted by a treasury or other centralized regulating body, it is mined by programmers who solve complex mathematical and computational problems to release blocks of Bitcoins into the Bitcoin pool.

Because there is no centralized financial body regulating Bitcoin, its value is not set or predetermined by any one authority. Rather, it derives its value entirely from consumer demand for it. When more users buy and make transactions in Bitcoin, its value goes up.

Very concise introduction both to Blockchain and Bitcoin. I have been struggling to understand some of the concepts, especially of Blockchain, and although some work remains, this clarified a lot. It helped of course, that the narrator was engaging.

Authors performed a great study on the covered Blockchain: Blockchain and Bitcoin, some chapters have a lot of assumptions. Overall a good job.

There are books and then there is blockchain and bitcoin. A masterpiece by the master himself. Finished reading half and it gets better with every section. Must read.

I've been listening to my book on Audible and have to pause at times to take notes, then replay it to make sure I absorb the information again. It's just that good.

As an intro to the blockchain, I was able to read the book and grasp all the concepts. Robert Keane concepts down easy for anyone to understand. Since studying blockchain and bitcoin more, I can't wait to read it again!

The material was well presented, and provided me with a better sense of what this is all about. It will be very interesting to watch developments moving into the future.

The author has presented such a useful book for me, Personally, I was looking for this book for so long. Thanks to my friend who give this book. Really felt good to listen to it.

Robert Keane is a great thinker, he made an excellent audiobook. This book shows his knowledge and capability.

Great, short and to the point. I rarely give five stars, but it’s the best book, you'll spend on an audio (I did Audible, but I’ll also buy the book to get the references easily ).

This book changed my life!

Along with quantum computing, blockchain will be the a highly disruptive economic force in the near future. This audible does an excellent job of explaining blockchain's impact on business models.

It was an excellent and truly helped show the obstacles in introducing innovation to the world.

This audible gives fantastic insight into the future applications of blockchain technology. It was extremely informative and and absolute pleasure to read. I would definitely recommend it!

Im so thankful to this audible

Do you want to learn about Blockchain Technology? Then this is the audiobook for you. listen to this book and you will learn blockchain.

I cant stop listening to this audible.

I have over 25 years in high-tech, and I found this audible to be very valuable. If you want to learn about blockchain and the related business opportunities, you will not be able to stop listening!

The business blockchain is a great read.

The business blockchain is a great read. Robert Keane's insights are extraordinary.

I have read many articles about blockchain and cryptocurrency. This audible was the most informative and well-written and, more importantly accurate, information on the subject.

If you're at all interested in Bitcoin, this is a great place to start. This book offered a very in-depth explanation about blockchain, what it is, the history, how it works, and way to invest.

Being a developer myself, I always favor books that have simple, straight to the point code examples. The hashing examples alone are a great source of for a developer to use in practicle applications, escpecially if one is trying to create block chain applications for a specific industry. Thanks for the deep read on this subject. I can't wait to see where the blockchain will be a few years from now.