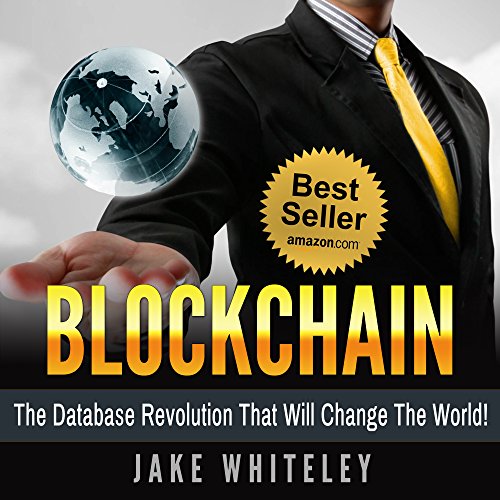 The Database Revolution That Will Change the World
By: Jake Whiteley
Narrated by: John Lewis
Length: 1 hr and 7 mins
Categories: Business, Commerce & Economy
3 out of 5 stars 3.0 (1 rating)

Become part of the technological revolution that is predicted to be bigger than the Internet!

If you have heard the phrase blockchain thrown around in one context or another but still aren't quite sure just what is being discussed exactly, don't feel bad. You are certainly not alone. The truth of the matter is that despite the fact that it has been around for less than a decade, the phrase blockchain already means different things to different people. Currently, when a person is talking about blockchain, odds are they are talking about it in relation to cryptocurrencies in general, or possibly in connection with bitcoin specifically, as this was where the technology got its start. Additionally, these days you will likely hear the phrase in conjunction with that of smart contracts on an increasingly regular basis.

If all that didn't really do much to make the whole situation any clearer, then you are better off finding out more information from Blockchain: The Database Revolution That Will Change the World!

While blockchain is still such a relatively new technology that its true potential has not yet been ascertained, that hasn't stopped analysts from all sectors from jumping on it ravenously and declaring it the most important technology since the Internet itself. Despite the fact that if you are not familiar with blockchain, then these claims sound quite farfetched, the short answer is that yes, blockchain is likely going to change the world in your lifetime, it just isn't quite there yet.

What this means is that you still have time to become an early adopter of the technology, but only if you act quickly. Inside you will find everything you need to understand just what a blockchain is and the multitude of ways it can change your life for the better.