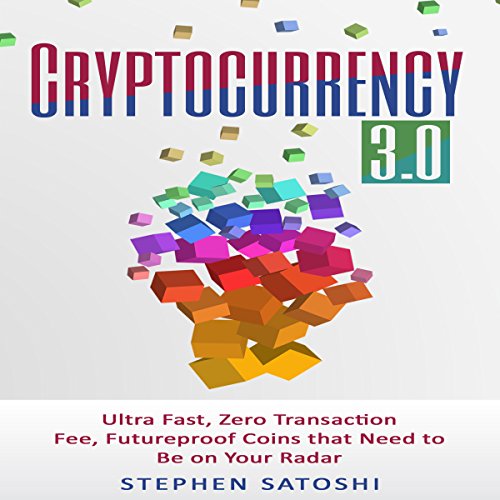 By: Stephen Satoshi
Narrated by: William Kenny
Try for £0.00

If you’re worried about missing the boat with cryptocurrency, don’t sweat - it’s not too late....

First it was Bitcoin, a groundbreaking peer-to-peer digital currency.

Then came Ethereum, a revolutionary platform for smart contracts.

Now the third generation of coins are making a splash: Coins focusing on near-instant, near-free transactions - with tremendous use potential for both consumers and businesses.

One of the coins mentioned here is growing at a staggering rate of 100% a month.

Another has already received investment from a Fortune 500 company and one of the world’s largest technology firms.

And neither shows signs of slowing down any time soon.

In Cryptocurrency: 3.0 you will discover:

…and much, much more.

Like any investment, they do come with certain risks. However in this audiobook you’ll see multiple ways to lower your risk and protect your investments.

This new asset class is making more new millionaires every single day than any other business or investment opportunity.

So, if you want your own piece of the pie, and a chance to participate in the fastest growing market of the past 20 years....

What listeners say about Cryptocurrency: 3.0