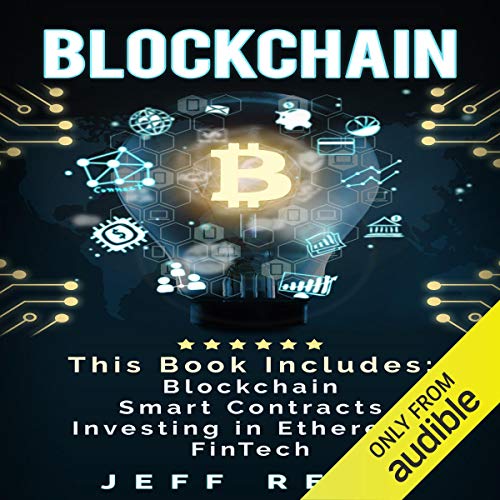 Learn about the emerging world of financial technology, and what they won't teach you in school.

Blockchain technology is the buzzword in the world of computer science, but it won't stay limited there for long. It is the concept that has the financial world scrambling to catch up. Whether you are an investor or a private citizen, Blockchain is going to mean a lot to you in the future, hailed by some as the second coming of the Internet. So what is it? And what can you do to get involved?

Blockchain is far more than Bitcoin technology, and even in its infancy, it is taking the world by storm, from major banks to the US Department of Defense. Get in on the disruptive technology and harness its potential today.

I would recommend this as a general introduction to Blockchain, Smart Contracts, Investing in Ethereum and FinTech if you don't already know anything about these markets. I enjoyed it and felt I learnt a basic grounding of each sector.


What was one of the most memorable moments of Blockchain: 4-in-1 Bundle?

It was fine. He mostly speaks clearly but sounded a bit robotic at times.

They give very basic and general info. on the topics in this book. More can be learned from a forum.

Very inaccurate- do not buy!

I work with financial tech. This book is extremely inaccurate and contains numerous misleading claims and false statements. This book is not a serious look at a new technology, it is a one sided, cheer-leader like promoting of blockchain. It often confuses the concepts of bitcoin and block chain and attributes attributes of bitcoin to all block chains. If you trying to learn about block chain, do not read this book, it will just confuse you.

Seriously?? Why pick a husky reader. It is a good book, reader ruined the audible!

Little to no useful detail. Blockchain propaganda is the only way I can think to describe this. The entire length would be reduced by 75% if you removed the phrase "blockchain technology" from the script.

definitely make this one!

This is not just another blockchain book. It is entertaining and really contextualizes a technical topic that could be presented in a very boring way.This book is a perfect read for people who barely have an idea about blockchain but heard and wanted to learn about it. This book is a must read to understand and have ideas on all the promises of the Blockchain Technology and what is already being done today. If someone asked me what to read to learn more about blockchain I would give them this book.

This book is a good introduction to Blockchain.

This book is a good introduction to Blockchain and understanding of smart contracts of business transactions and its uses.It got a comprehensive details of blockchain,ethereum which makes you understand its methodology and the uses of cryptocurrency. A very interesting information of digital currency.Recommended!

If you want to know more about ether these books will give you a strong basis and knowledge of it. Worth your time.
Highly recommend it!!!

Blockchain is the ideal book to realize why it's essential and how it can change our lives.I observed Blockchain to be an intense sort of innovation and it gives a great deal of advantages. It can be utilized to expand one's business' security. An ideal Book for the beginners!